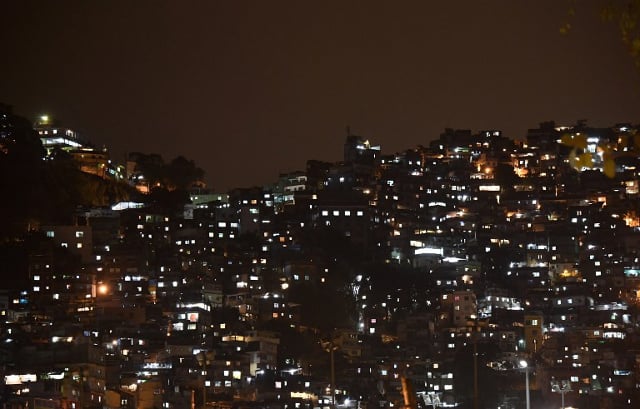 Roberto Bardella, 52, and his cousin were traveling on motorcycles through South America and arrived in Brazil after visiting Argentina and Paraguay.

“They were in Rio as tourists, visiting the statue of Christ the Redeemer, and they consulted their GPS to find their way to the beach,” civil police spokesman Fabio Cardoso told reporters.

They took the wrong road and arrived in Morro dos Prazeres (Mountain of Pleasures), a favela in the center of Rio, he said.

“They were accosted by traffickers. The victim was wearing a camera-mounted helmet, which the traffickers thought meant he was a police officer recording the incident, so they shot the victim, who died,” Cardoso said.

The other tourist, whom police did not identify, was held captive by the traffickers for a couple of hours, then released. Police are investigating the case.

Oil-rich Brazil's economy is in its deepest recession for decades, in part due to the steep drop in oil prices. The economic crisis has wreaked havoc in health care and public safety.