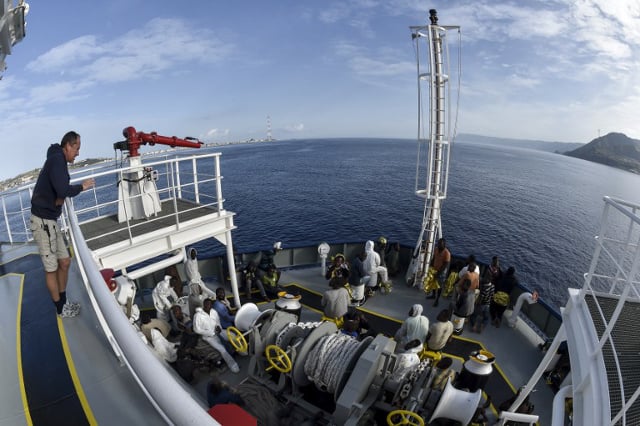 Vessels operated by the coastguard, the EU's naval operation EU NAVFOR MED and the Italian navy were deployed along with the Aquarius, operated by the Doctors without Borders (MSF) charity, to help migrants on six rubber dinghies and one larger wooden boat that had got into trouble off Libya.

This year has already set a new record for the number of migrants arriving at Italy's southern ports with more than 173,000 registered by the interior ministry up until the start of last week.

According to the UN, at least 4,700 people have died attempting the often perilous crossing on boats chartered by people smugglers.

READ MORE: Migrant crossings to Italy – What do we know?