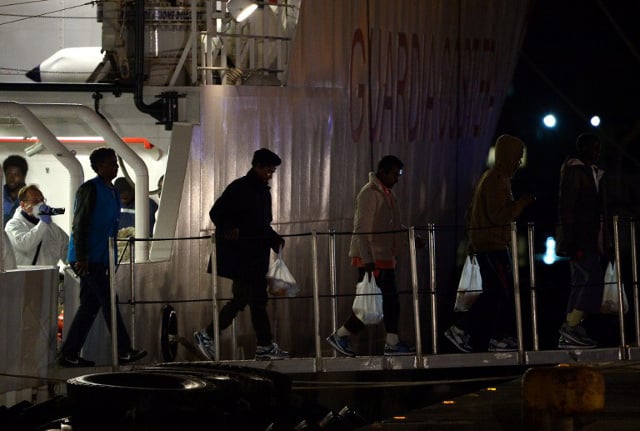 The Mexican, of “Birdman” (2014) and “The Revenant” (2015) fame, wants to transport the blue migrant vessel – now empty of its cargo of death – from Sicily to Milan, and display it in front of the city's Gothic cathedral.

The director hopes to put it on show by March 24th, to coincide with a visit by Pope Francis, a fierce defender of migrant rights.

Inarritu plans to use the northern Italian city as a launchpad for exhibiting the boat in sites around the world, the daily said.

The heavily overcrowded vessel capsized in pitch darkness on April 18th-19th, 2015 after running into a freighter that was racing to its aid.

It was the Mediterranean's worst disaster since World War II.

The Tunisian captain was found guilty of multiple manslaughter on Tuesday and sentenced to 18 years. His Syrian first mate got five years.

While prosecutors put the number of dead at around 700, forensic scientists counting body parts said it was closer to 900.

Italy's navy had the grisly task of raising the corpse-packed vessel from the seabed this year after the government promised to give the victims decent burials as a symbol of respect for all migrants who have died trying to reach Europe's shores.