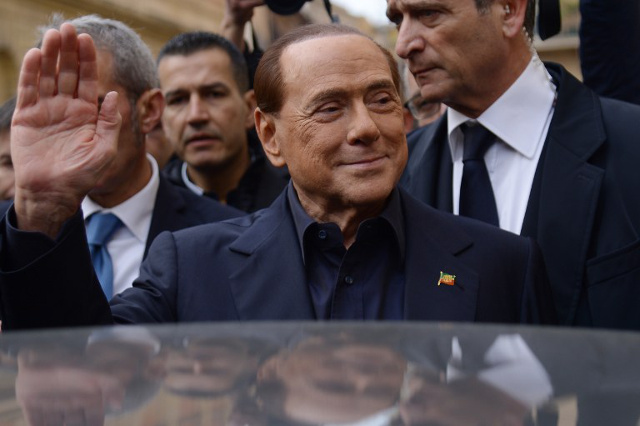 A judge is expected to rule in January on whether the 80-year-old tycoon and former prime minister should join 23 others in court on various charges of perverting the course of justice in relation to the case.

Prosecutors suspect Berlusconi bought the silence of young women who attended his parties and others now facing trial by showering them with millions of euros worth of gifts in the form of cash, jewellery, holidays and even properties.

The charges arose from Berlusconi's trial for paying for sex with an exotic dancer known as Ruby the Heart-Stealer when she was under 18. He was initially convicted but acquitted on appeal, the judge saying he could not have known she was a minor.

Proceedings against Berlusconi are lagging behind those for the rest of the accused because of his need for medical treatment following open-heart surgery in June.

The billionaire businessman has beaten numerous criminal charges over the years with his only conviction to date being one for corporate tax fraud, which led to him being kicked out of parliament.

Even if convicted there is little chance of him ending up behind bars because of Italy's restrictions on penal sanctions against the elderly.