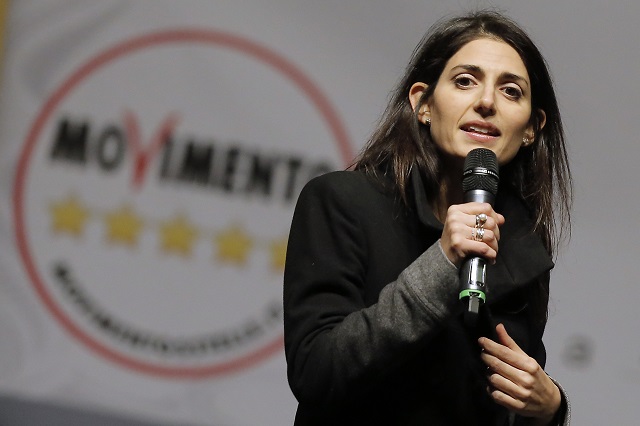 M5S prides itself on being scrupulously ethical and having no links to what it sees as the sleazy ways of Italian politics, so the scandal has prompted a swift response.

“Starting today we change gears, we must fix the errors and leave no room for doubt,” M5S leader Beppe Grillo wrote on his blog late on Saturday.

“Rome will continue with Virginia Raggi, Five Star mayor. Mistakes were made, and Virginia Raggi has admitted them. She trusted the least trustworthy people in the world,” he added.

Grillo had warned her the day before that “important decisions, like nominations” should now be endorsed by party leadership.

The arrest on Friday of Raffaele Marra, Rome city hall's head of personnel and seen as part of Raggi's inner circle, prompted a serious warning from Grillo.

Media reports on Sunday said he had even considered booting her from  the party before reconsidering. Raggi also bowed to party pressure to force out two other advisors – Daniele Frongia and Salvatore Romeo – close to Marra.

Marra is suspected of accepting an illegal payment from a real estate developer in 2013 while he was head of housing policy under former Rome mayor Gianni Alemanno.

Between resignations and cancelled appointments, Raggi's team is still not complete six months after she was voted in, which has been seized on by rivals who say the lawyer is not up to the job.

She faces a tough task in trying to turn around a city grappling with the legacy of years of corruption and mismanagement: pot-holed roads, failing refuse services and inadequate public transport.

The Rome experience has also exposed what some see as Grillo's controlling role in the party he founded only five years ago.

The Democratic Party meanwhile suffered a setback of its own when its high-profile mayor of Milan, Giuseppe Sala, stepped down temporarily after being informed he was under investigation in connection with his previous job as the organiser of the 2015 World Expo fair in the city.