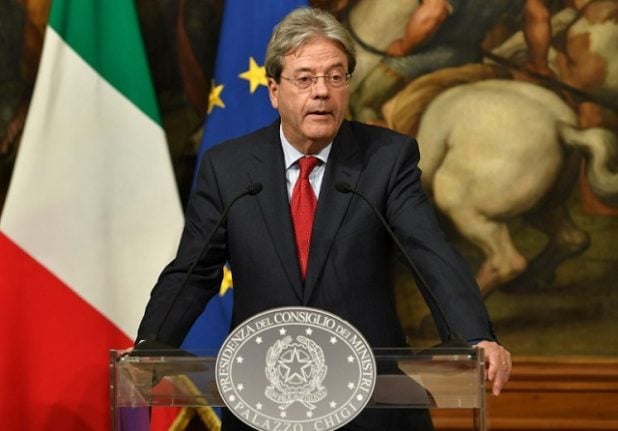 BMPS, the oldest bank in the world, is at the heart of an Italian banking crisis which has cost it over 80 percent of its market capitalization in the past year.

“It's a precautionary measure. We believe it is our duty to take this measure to protect savings. I hope all the political movements in parliament share this responsibility,” Gentiloni told reporters after a cabinet meeting.

BMPS needs to complete the five-billion-euro funding drive by the end of December after the European Central Bank refused to grant its request to extend the deadline to mid-January.