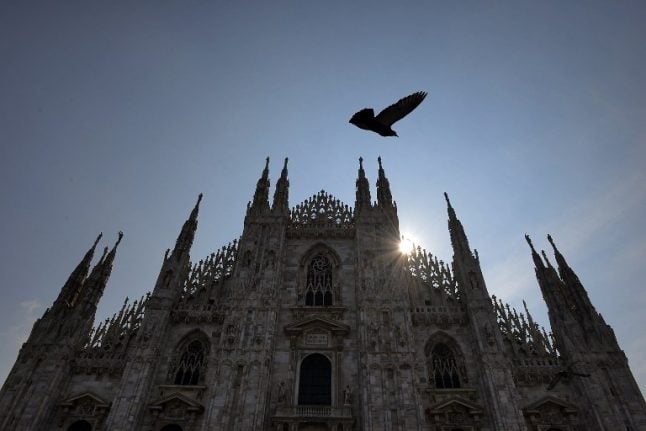 He fell 20 metres from the highest terrace of the building at around 2:30pm on Tuesday afternoon.

The man was trapped on one of the cathedral's spires until firefighters were able to come to his aid and carry him to the ground.

He was critically injured and had to be resuscitated at the scene, but later died on the way to the hospital.

According to initial reports, he had climbed over the barriers on the terrace and walked across the parapet, La Repubblica reported.

It is not yet clear if the fall was an accident or deliberate.

Firefighters cordoned off the area next to the cathedral after the incident.

The city's Christmas market is situated nearby, where additional security measures and anti-truck blocks were being installed on Tuesday afternoon after Monday evening's truck attack at a Christmas market in Berlin, Germany.