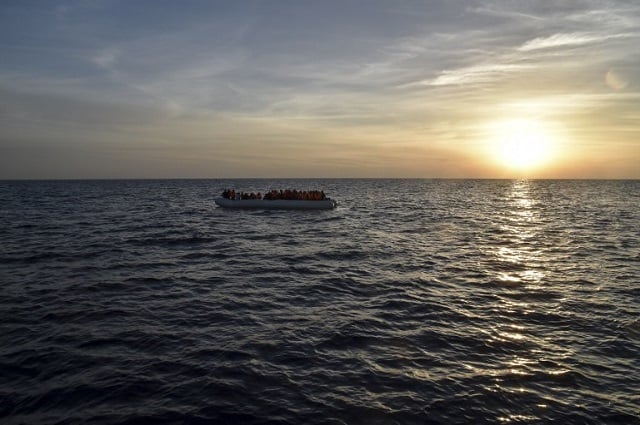 The coastguard, which coordinated rescue efforts for three rubber dinghies and a small wooden boat said a total of 300 people had been saved.

The rescued people and the corpses will be taken to ports in southern Italy which have registered nearly 180,000 such arrivals so far this year.

The record numbers of migrants have mostly come from Africa but also include significant numbers from the Middle East and South Asia.

According to the UN, at least 4,700 people have died this year attempting the often perilous crossing from Libya on boats chartered by people smugglers who frequently abandon their human cargo soon after the departure.