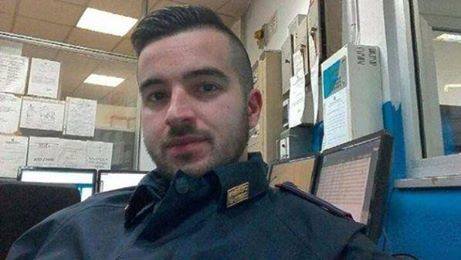 29-year-old Luca Scata, originally from Sicily, fatally shot Amri on Friday morning. The suspected attacker had opened fire on Scata and a colleague during a routine check after they had asked him to show his ID documents.

The colleague, Cristian Movio, 36, was lightly injured in the shoulder and is in hospital.

Interior Minister Marco Minniti said that he had already spoken to the officers and would visit them in the coming days to “personally embrace them”.

“These two extraordinary men, of a very young age, simply doing their duty, have done an exceptional service to the community.

“This was the most wanted man in Europe and we immediately identified him and neutralized him. This means our security is working well.”

“Italy is grateful to them. Thanks to people like them, Italians will have an even happier Christmas,” Minniti added.

Prime Minister Paolo Gentiloni, who like Scata is new to the job having only been in office for two weeks, commended the officer's “notable courage and professional skill”.

And ex-prime minister Matteo Renzi posted a tribute on Facebook in which he called Italy's police force “among the best in the world”.

Scata's personal Facebook page was flooded with praise on Friday morning as Milan celebrated its hero and people from all over the world sent their thanks – and Christmas wishes.

Several groups were set up on the social networking site, declaring 'Give Luca Scata a medal' and 'Luca Scata: Global hero'.