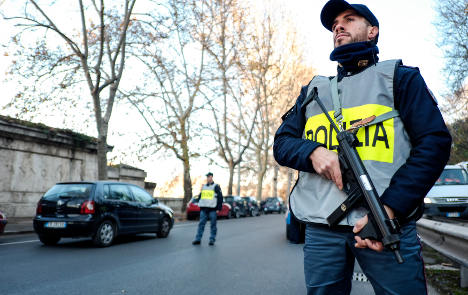 Italy has stepped up security since the terror attack in Berlin on Decemmber 19th. Photo: Andreas Solaro/AFP

The 23-year-old, who had been living in Brescia, a city in the northern Lombardy region, allegedly received instructions in mid-November “to carry out attacks in Italy, similar to ones in France and Belgium, in retaliation for Italy's operations in Libya”, the statement said.

He also had contact, via social networks, with a Moroccan foreign fighter. The man returned to Italy on August 15th “after a prolonged period in Tunisia” , “showed clear signs of radicalization” and had “expressed his intention to leave Italy as soon as possible and join the Islamic State”, the ministry added.

He was deported from Rome's Fiumicino airport on Thursday morning.

The deportation brings the number of terror suspects expelled from Italy to 132 since January 2015. Sixty-six have been deported since January 1st 2016.

Italy reinforced security measures after the terror attack in Berlin on December 19th, in which 12 people were killed when a man ploughed a truck into the crowd at a busy Christmas market. The suspect, a Tunisian named Anis Amri, was shot dead by Italian police in Milan during a routine identity check in the early hours of December 23rd.