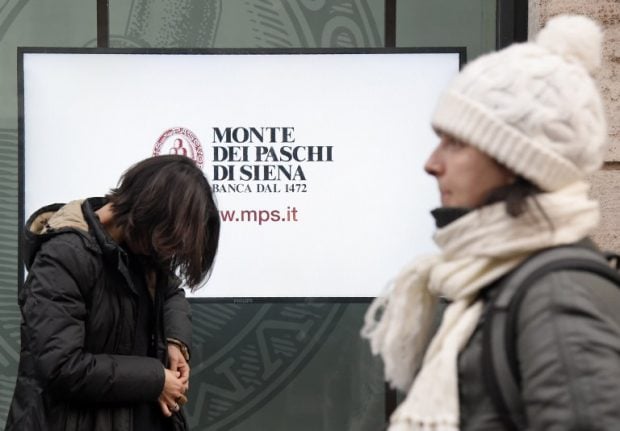 The European Central Bank, citing the need for recapitalisation, on Tuesday raised the total capital required by more than three billion euros than had been judged necessary just one month ago.

Explaining the higher cost of the bailout, Italy's central bank in a statement said the public rescue plan was costlier than the original “market solution” directed at private investors.

The former plan was calculated at 5 billion euros, of which about 3 billion euros was meant to cover losses deriving from the sale of BMPS's bad loans and 2 billion euros was to protect against an increase in “the coverage ratio of the unlikely-to-pay loans”.

However in the case of Monte dei Paschi di Siena “the immediate cost to the state” under the public option would amount to about 4.6 billion euros, it said.

“To this must be added the subsequent compensation of retail subscribers (about 2 billion euros) for a total of about 6.6 billion euros.”

The statement added: “The cost to entities other than the Italian state will be about 2.2 billion euros. Accordingly, the total cost amounts to 8.8 billion euros.”

Italian media had reported the likely cost to taxpayers as being around six billion euros.

BMPS came last in the ECB's bank stress tests this summer. It has been forced to raise capital twice since 2014 and its share price has plunged 80 percent since the start of the year, meaning it faced an uphill battle to win over investors.

Founded in Siena in 1472, BMPS has been in trouble for years. Weakened by the disastrous purchase in 2007 of the Antonveneta bank at twice the estimated value, it drifted into scandal when its management team was accused of fraud and misuse of funds.

The European Commission, meanwhile, announced late Thursday that it had given the go-ahead for a six-month extension — until 30 June 2017 — of a bank guarantee scheme, covering “liquidity support measures in favour of solvent credit institutions in Italy for use in case of need”.

“This means that regardless of circumstances banks will have no difficulties in funding their operations and deposit access will be ensured at all times,” a Commission spokesman said.