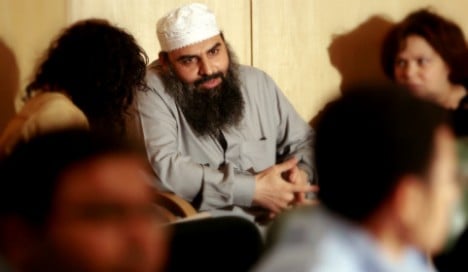 The ex-CIA agent denies that she was ever involved in the abduction of imam Abu Omar (pictured). Photo: Photo: Khalen Desouki/AFP

Sabrina de Sousa, arrested at Lisbon airport in October 2015 under a European warrant, said Friday that the extradition procedure was due to start “after January 3rd”.

De Sousa and 23 others were convicted in absentia by an Italian court in 2009 over the kidnapping of Abu Omar from a Milan street in an operation allegedly led jointly by the CIA and the Italian intelligence services.

The trial took place under intense scrutiny because it was the first time anyone had been brought to justice over the extraordinary renditions by the US and its allies after the September 11th, 2001 attacks.

Omar, who had been given political asylum in Italy in 2001, claimed he was tortured after being flown to Egypt via Germany.

De Sousa, 60, told AFP that Portugal's decision to proceed with extradition had been expected, after it was delayed in June over whether she would be granted a fresh trial or the chance to appeal her conviction.

“I will have to explore options, if any are available to me,” said the Portuguese-American dual national.

In 2012, a top Italian court upheld the jail terms given to de Sousa, 22 other CIA operatives and a US soldier over the abduction. But her sentence was later reduced to four years.

A letter from Rome to Lisbon in September ruled out any new trial even though this was a Portuguese condition for her extradition.

De Sousa says she served as an interpreter for the CIA team that organised Omar's abduction but denies any direct role in the operation.

Asked if she felt betrayed by the United States, she said: “Betrayal was a sentiment I felt many years ago.

“I am disappointed that having served the US government in good faith I was left with few options after having been excluded from a US-sponsored pardon.”