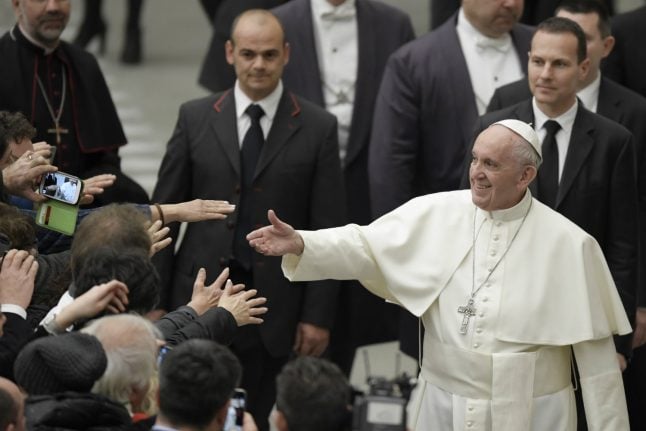 Pope Francis shakes hands with audiences at the Paul VI audience Hall on January 5, 2017 in Vatican City. File photo: Tiziana Fabi/AFP
“The ceremony is a little long, someone's crying because he's hungry. That's the way it is,” the pontiff said.
“You mothers, go ahead and breastfeed, without fear. Just like the Virgin Mary nursed Jesus,” he told worshippers attending an annual ceremony commemorating the baptism of Jesus.
The Argentine pope on Sunday baptised 28 children – 15 boys and 13 girls.
He has previously voiced his support for breastfeeding, including in public.
The benefits of breastfeeding include providing optimal nutrition and an immune system boost for babies, while helping mothers bond with infants and speeding maternal weight loss after birth.
In many countries around the world, however, women are still widely discouraged from breastfeeding, especially when they are in public.