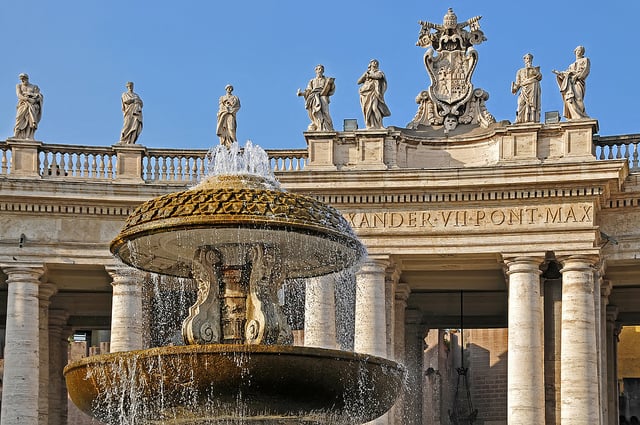 In the late 16th century, the famous French essayist Michel de Montaigne wrote about two marriages between people of the same sex. The first involved women in eastern France, the second a group of men in Rome.

At the time, same-sex marriages were not recognized by religious or civil law, and sodomy – a term that included a wide range of sexual acts – was a crime. As a result, when those involved were discovered they were usually brought to trial and punished, sometimes by death.

These episodes, along with many others, reveal that even in Renaissance Europe, marriage was a highly contested issue.

Marriage between two men or two women might seem like a concept that has emerged only in recent decades. For centuries, however, same-sex couples have appropriated marriage in their own ways. I investigate a particularly notable example of this – the second of the two cases recounted by Montaigne – in my recent book “Same-Sex Marriage in Renaissance Rome: Sexuality, Identity and Community in Early Modern Europe.”

Throughout the Middle Ages, marriage involved not only two individuals but also their relatives, local communities, and secular and religious authorities. Each of these had different – sometimes conflicting – ideas, priorities and goals.

From the 12th century on, the Catholic Church considered matrimony a sacrament that required only the free consent of the spouses, in the form of an exchange of vows. As a social institution, however, marriage was usually based on a legal contract for the transfer of property (the bride’s dowry), which was signed in front of a notary.

The 16th century was a watershed period that saw sweeping changes and the introduction of stringent new requirements designed to prevent clandestine (or secret) unions that heads of families opposed. In countries converted to one of the new Reformed or Protestant faiths, marriage ceased to be a sacrament, and laws were passed strengthening parents’ control over their dependent children.

In response to pressure from secular governments, the Catholic Church also modified its position considerably in 1563, when the Council of Trent decreed that a wedding must henceforth be performed in a parish church, by an authorized priest, in the presence of witnesses, and following the proclamation of “banns” (the public announcement of the ceremony).

Changes in legislation did not always translate immediately into changes in practice, however. Situations of doubt or dispute were common and frequently ended up in court.

On the margins of the papal city

This is the volatile background against which the marriages between men in Rome were set.

After piecing together information from several sources – diplomatic dispatches, newsletters, fragments of a trial transcript and brief wills – a much fuller, if incomplete, picture of what took place emerges.

On a Sunday afternoon in July 1578, a sizable group of men gathered at Saint John at the Latin Gate, a beautiful but remote church on the outer edge of Rome. Many of them were friends who had met there on previous occasions. They were mostly poor immigrants from Spain and Portugal but included several priests and friars. They ate and drank in an atmosphere that was festive, yet strangely subdued. It turned suddenly to confusion and fear with the arrival of the police, who arrested 11 of those present. The rest fled.

The Roman authorities had been tipped off about the group’s plans to celebrate a marriage, perhaps not for the first time, between two of its members. In the end, the wedding between Gasparo and Gioseffe hadn’t taken place: The latter – reportedly ill – failed to appear. But Gasparo was among those taken prisoner, and, following a trial that lasted three weeks, executed.

The exact nature and purpose of the intended ceremony remain uncertain. Some sources describe a marriage celebrated after Mass. Others refer to the giving of rings, a hermit who officiated or adolescents taking part under constraint or even disguised as women.

What we know for sure is that the afternoon was to culminate, like most weddings at the time, in a celebratory feast and the consummation of the union – that is, in the couple (and, in this instance, perhaps others) having sex.

Although the same was not true of all the group’s members, Gasparo and Gioseffe conformed to established gender norms when having intercourse: According to evidence from the trial, the latter took a “male” (penetrative) role, the former a “female” (receptive) one.

In other respects, however, their relationship didn’t resemble that of traditional spouses. Most importantly, Gioseffe was a friar, prevented from marrying in the eyes of the Church. Gioseffe’s attachment to a convent also means that it’s unlikely the pair planned on living together. This distinguishes them not only from men and women who married but also from the female married couples we know about from the period, who – like the women described by Montaigne – often did establish a common household, with one cross-dressing and living as a man.

In light of the group’s generally promiscuous behavior, it seems equally unlikely that Gasparo and Gioseffe intended to embark on a sexually exclusive relationship and thus that they believed the sacrament would remove the sinfulness that the Church attached to all extramarital sex.

Finally, the purpose of the feast following the planned wedding was not personal or religious but communal. Despite the fact that it greatly increased the chances that the men would be caught, it was clearly important to them as a way to express and build a sense of community. The socially marginalized friends at the Latin Gate had, in fact, developed several of the characteristics of a sexual subculture, like those that would later be found in large European cities in the 18th century. In a number of ways, they anticipated the networks of “mollies” in London and Paris’ “gens de la manchette” (“men of the cuff”), with their regular meeting places, social activities and a shared slang.

The evidence, then, points to a handful of motivations behind the Roman weddings. Since the friends took the ceremony seriously enough to put themselves at considerable risk, it very likely served to recognize and sanction Gasparo and Gioseffe’s relationship, claiming that such a union should be possible. At the same time, it may also have had a playful element, parodying and subtly criticizing elements of a traditional wedding.

An argument for marriage equality?

In one sense, the context for extending marriage rights to same-sex couples today is very different from the 16th century, when most marriages weren’t based primarily on love and didn’t establish legal equality between the spouses.

It was after the changes effected by the women’s rights movement in the second half of the 20th century to make the institution more equitable that gay and lesbian activists adopted marriage equality as their major goal.

Nevertheless, the stories from the 16th century show that marriage has never been a universal and fixed phenomenon. It has a contested history, one that both excludes and includes same-sex couples, who have claimed marriage on their own terms.

When viewed through this lens, the ceremony planned that summer afternoon in Rome overturns the narrative that recent political victories were only the culmination of a modern, 20th-century campaign. The friends who met at the Latin Gate offer a striking example of how same-sex couples have long claimed the right to marry and, at the same time, challenged some of marriage’s traditional norms.