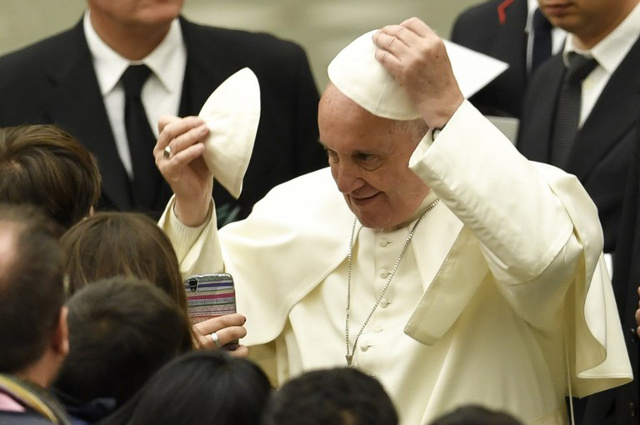 In an anecdote he said dated from his time as Bishop of Buenos Aires, Francis recounted the story of a very beautiful woman who was inordinately proud of how she looked.

“She said, as if it was natural, 'Yes, I had to have an abortion because my appearance is important',” the 80-year-old, whose papacy began in March 2013, said during his midweek public audience.

“When values such as physical beauty, health become idols to which everything must be sacrificed they create confusion in our spirit and in our hearts.

“Rather than promoting life, they drive us towards death,” he added in comments that also targeted “power, success and vanity with their illusions of eternity and omnipotence.”

Catholic teaching considers abortion as akin to the most heinous of murders.

Francis does not  waver from that line but has authorized priests to absolve women who have had terminations, something which only a bishop could previously do.