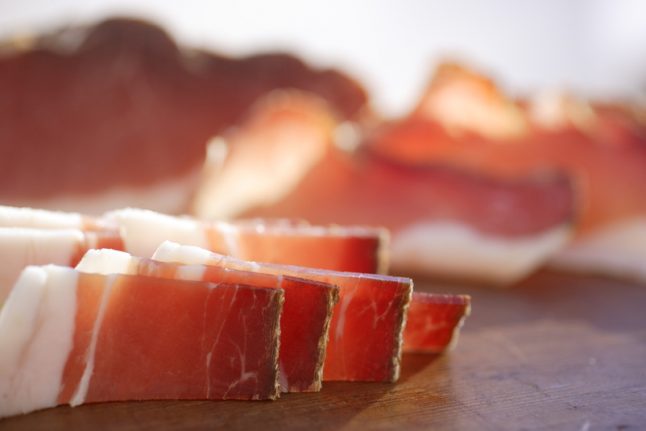 Ötzi is the name given to a 5,300-year-old mummy found frozen in a European glacier in 1991. He was killed by an arrow when he was between 40 and 50 years old and hiking across the Ötztal Alps between modern-day Italy and Austria.

Researchers thawed his body and have been able to test the contents of his stomach. Mummy specialist Albert Zink from the European Academy of Bolzano said he was able to analyse the nanostructure of meat fibres from a mountain goat found in Ötzi’s stomach – indicating that the meat was raw and had been dry-cured, and not cooked or grilled, which would have weakened the fibres.

He added that Ötzi did not have a proper hunting bow with him, and probably carried the dried meat with him from his home, as raw meat would have quickly gone bad.

Further analysis of his stomach contents showed that he had not eaten cheese or dairy products, just meat. “It seems probable that his last meal was very fatty, dried meat – perhaps a type of Stone Age Speck or bacon,” Zink said. As Ötzi had hiked down from the South Tyrolean side of the Alps, it’s likely his provisions came from there.

Ötzi was discovered by two German hikers in the Ötztal Alps, 3,210 metres above sea level.

Scientists have used hi-tech, non-invasive diagnostics and genomic sequencing to penetrate his mysterious past.

As part of their latest discoveries, Zink's team also found that Ötzi had an ulcer-inducing bacteria and may have suffered from stomach aches.

But for all his parasites, worn ligaments and bad teeth, he was in “pretty good shape”, Zink wrote in the renowned US magazine Science earlier this month.