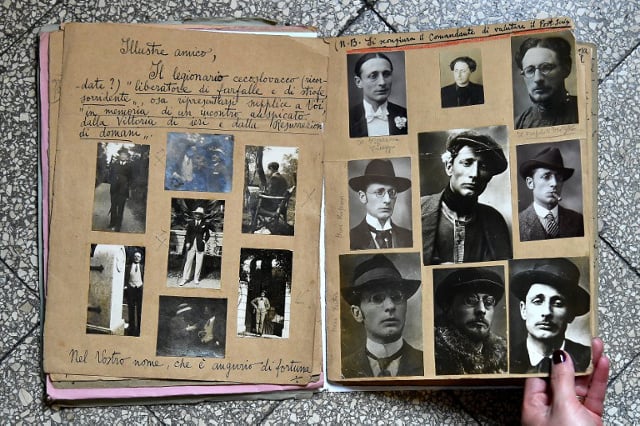 And nearly 36 years after his death, Italians are still discovering the secrets of the “artist detective”.

Dosi, who was born in 1891, abandoned his dreams of a career on the stage as a young man. After two years treading the boards however, he never lost his relish for the challenge of taking on a new role.

A priest, a banker, a German doctor and a Czech army officer with a pronounced limp were just some of the parts the Rome-born officer played in the course of a long career. And like Arthur Conan Doyle's eccentric creation, Holmes, the Italian was not opposed to a little cross-dressing, if he felt posing as a woman would help him get his man.

Interest in Dosi has been spurred by a new biography, written by a serving police chief, a documentary about his life and by some of the detective's professional archives being placed online.

“He had a type of postcard printed for friends and colleagues which showed him in 17 different disguises corresponding to the different identities he assumed in the course of 17 different investigations,” said Alessia Glielmi, an archivist at Rome's Historical Museum of the Liberation who is an expert on Dosi. “As well as the disguised characters, he had four fully-formed identities he used with all the necessary papers and back story to support them,” Glielmi told AFP.

After his entry into the police force, Dosi's bosses quickly found ways of making use of his talent for imitation, trusting him with sensitive missions in Italy and abroad.

One early one involved infiltrating a group of Swiss-based Italian anarchists who were, it was feared, plotting to assassinate the then king, Vittorio Emanuele III. In 1922, when the poet and politician Gabriele D'Annunzio fell from his balcony in mysterious circumstances, it was Dosi who was put in charge of the delicate investigation.

“That involved one of his best disguises,” said Glielmi, describing how the detective adopted the persona of Karel Kradokwill, an exiled Czech who spoke Italian with a thick German accent and trailed one ostensibly semi-paralyzed leg behind him as a result of a war wound.

By going undercover in this way, Dosi was able to establish that D'Annunzio's balcony mishap was down to a row with his combustible mistress rather than any political plot against him.

The case was closed, prompting D'Annunzio, once he became aware of the deception, to denounce Dosi as a “dirty cop.” What the writer did not know was that the officer had also used his time in his house to make copies of some of the poet's private correspondence – racy love letters to his mistress only recently identified as historical documents for the insight they offer into the life of D'Annunzio.

In 1927 Dosi became involved in a famous miscarriage of justice case centred on a series of murders and rapes of young girls in Rome.

Under pressure to find a culprit, the authorities pinned the blame on a photographer, Gino Girolimoni, feeding incriminating details to the press that led to the suspect being dubbed the Monster of Rome.

Dosi was not convinced and managed to get the investigation reopened, putting together a case against a British clergyman who may have been the actual culprit but was able to skip the country before his arrest.

In an Italy then under fascist rule, this kind of independent thinking did not go down well, although Dosi was far from being an active resistant to dictator Benito Mussolini's authoritarian rule. Towards the end of the 1930s he began to think of leaving the police and wrote a memoir which revealed numerous details of his investigations as well as treating his bosses to some stinging criticism.

That was to prove a final straw for his superiors. Suspended from the police, Dosi was imprisoned in Rome in 1939 and then transferred to an asylum for the mentally ill, where he languished for 17 months until his release in January 1941.

After three years confined to a desk job, another noteworthy episode got him back in the investigative saddle.

In June 1944, as Allied forces were entering the Italian capital, an angry mob attacked a former German prison, freeing the prisoners and then setting it ablaze.

With the help of a young German soldier, Dosi went into the burning building and recovered a huge stock of documents that were to prove vital for subsequent prosecutions of Italians, who had collaborated with the Nazis.

Dosi handed the papers over to Allied commanders and got taken on as a special investigator for two years. In 1946 he returned to the ranks of the Italian police, rising to the grade of commissioner before his retirement, ten years later.