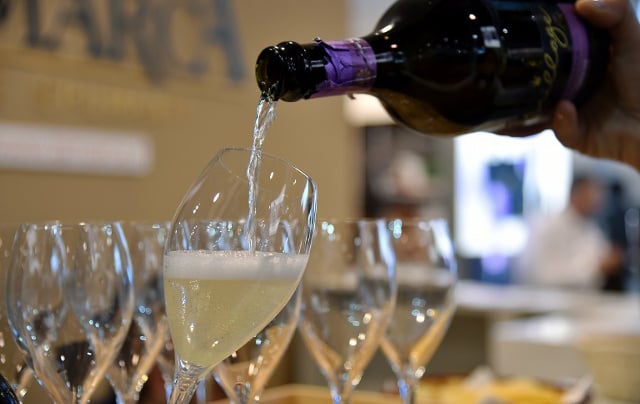 “We are proud to receive this recognition,” said Innocente Nardi, president of the Consortium for the Protection of Prosecco “because it responds to the work put into this land every day by the inhabitants, making it unique.”

Nardi added that the approval of the bid “gives new value to the beauty” of the area, where Italy's first wine-making school was founded in 1876.

“We are not just talking about 'picture-postcard' beauty,” the Consortium said in a statement, “but what the Unesco Convention identifies as a cultural landscape; a site that originates from the activities of nature and man”.

Prosecco Superiore DOCG is produced around the Venetian towns of Conegliano and Valdobbiadene, an area of more than 20,000 hectares.

Though the grapes and production methods are very similar to those of Prosecco DOC (the stuff you'll more commonly see on wine lists), only 15 towns make Prosecco Superiore, while the general Prosecco region spans over 500 towns and two regions.

The complex geology of the Conegliano Valdobbiadene is thought to make for a more diverse, flavourful taste in the wine; while the DOC classification guarantees a certain geographic origin and production specifications, the 'g' in DOGC stands for 'guaranteed' and denotes top quality bubbly.

As well as its ancient tradition of wine-making, the region is known for its well-preserved early settlements, and the unusual geology which helped create the hills. The bid for Unesco candidacy was approved unanimously by the national Unesco Committee on Thursday, having got the go-ahead from Agricultural Minister Maurizio Martina the day before.

But the path to Unesco recognition is long and complex: each area must go through years of consideration and assessment by various experts before it can receive the accolade. Producers first started campaigning for candidacy in 2008, and the region joined Italy's 'Tentative List' for Unesco candidates two years later.

Now that the bid has been approved by Italy's Unesco chiefs, it will be formally sent to Paris for consideration by the end of 2018.

Across the globe, just nine wine-producing areas have achieved the prestigious classification – out of a total of over 1,000.

Italy already boasts more Unesco heritage sites than any other country, with 51 to its name – a number so high that it didn't bother to bid for any more last year, to give other countries a chance to catch up.

Its heritage sites range from entire cities such as Florence and Venice, to cathedrals, castles and ancient ruins.

And last year, Italy announced it had prepared a dossier to get Neapolitan pizza added to Unesco's Intangible Cultural Heritage List.