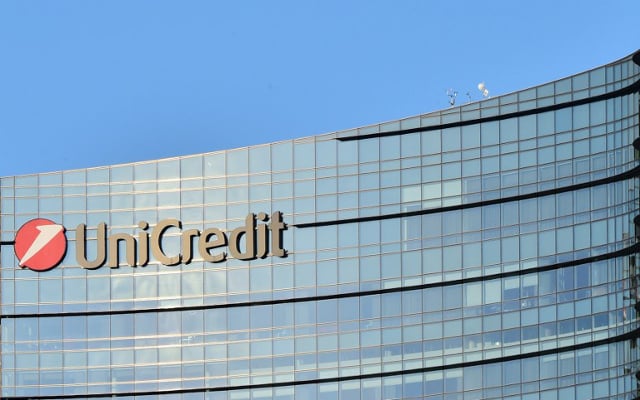 File photo of the UniCredit logo at its headquarters: Giuseppe Cacace/AFP

UniCredit saw its share price nearly halved last year, though it managed to claw back 25 percent of its value over the past three months, particularly after the unveiling of a new strategic plan in December.

The 11.8 billion euro ($12.6 billion) loss includes 12.2 billion euros' worth of “negative non-recurring items” that were disclosed in December and a further 1.0 billion euros in additional one-off losses, the bank said in a statement.

Without these, the net result for 2016 would have been positive, the bank said. Preliminary results will be published on February 9th.

New chairman Jean-Pierre Mustier has said it would take place before March 10th, but press reports suggest it could be launched as early as next week, with a view to completing it by the end of February.

Mustier, who took over in July, has spearheaded a major strategic review that has so far involved selling off assets to strengthen the bank's capital base.

UniCredit has said it will shed around 14,000 jobs by the end of 2019 as part of a cost-cutting drive, estimating this would save 1.1 billion euros.

Italy's banking sector has suffered a nightmare year, notably for Monte dei Paschi di Siena (BMPS), the world's oldest bank, which is set to be nationalized after a failed recapitalization bid in December.

Investor confidence in Italy was shaken by the collapse of Matteo Renzi's government late last year, although the situation eased late last month after the government approved a 20-billion-euro bailout plan to rescue the country's struggling banks.