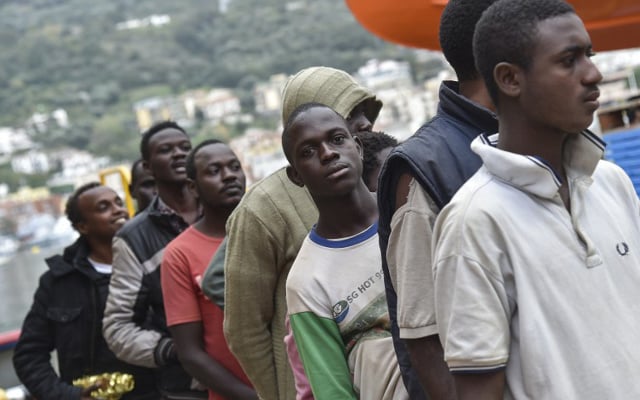 Unlike previous European financing pledges, which have aimed to tackle the root causes of migration, the fund seeks to boost efforts by African security forces to stop people from leaving.

The funds will go mainly to Niger, Libya and Tunisia – the three key transit and departure points for the vast majority of African migrants trying to reach Italy's shores.

They are intended to help train the nations' security forces and to pay for equipment to monitor the borders.

“We don't build walls in the Mediterranean – we can't and don't want to do that,” Alfano said, in an allusion to US President Donald Trump's pledge to construct a wall on the Mexican border.

“We give money to these countries, and in return they must use it to reduce the number of illegal migrants arriving here,” Alfano added.

In a summit on migration in the Maltese capital Valletta in November 2015, EU leaders agreed with their African counterparts to set up a 1.8-billion-euro fund to help address the root causes of migration.

But it remains unclear how much of those funds have actually been handed over, and what steps, if any, African nations have taken to limit migration flows.

Another meeting in Valletta on Friday, this time an EU leaders' summit, is also set to discuss migration.

But pressure is growing on the EU to act on what Germany has called “catastrophic” abuses of migrants' human rights in war-torn Libya, with reports of “concentration camp-like” conditions in smuggler-run camps.