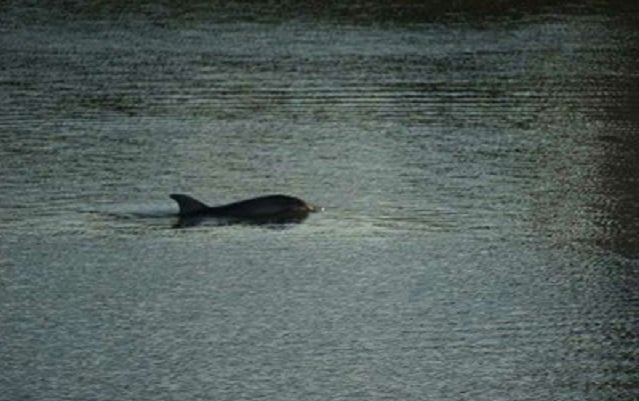 The dolphin has reached the city centre of Pisa. Photo: Arpat

The bottlenose dolphin has been swimming up and down the Tuscan River Arno for over a month – venturing as far as the centre of Pisa, nine kilometres from the river's mouth.

“This is a very rare event and such a dolphin sighting has not been recorded in Tuscany before,” said the region's environmental protection agency, Arpat. “It has been in the Arno for really very many days.”

The animal was first spotted on New Year's Eve, and at first the sightings were sporadic, leading authorities to conclude the dolphin was just a day-tripper travelling into the Arno to feed.

But over the past two weeks, he has been spotted more and more frequently – and getting closer to Pisa's city centre. Just a few days ago, locals spotted the dolphin at the city's Ponte della Vittoria, meaning he must have travelled nine kilometres and passed under eight bridges.

“It seems clear that the bottlenose is moving increasingly closer to the centre,” said Arpat.

The map below shows all the places the adventurous animal has been spotted.

So why did he pick Pisa?

“Though this species normally lives in the sea, occasionally it enters in ports, lagoons and rivers, following prey and/or faourable weather conditions,” explained Arpat. “If these conditions continue without disturbance, the animal might decide to stay in these places for long periods, although it is not its usual habitat.”

The low water level in Pisa at this time of year means the river water has a high salt level – perfect for animals used to the open sea. There's also plenty of prey, particularly grey mullets.

However, Arpat's experts noted that the many car bridges over the Arno carry noise to the water and would usually deter animals from going any further. The agency has been monitoring the mammal, and confirmed that he seemed to be in good health.

For now, they have issued some guidance on how Pisans should deal with their new neighbour, including keeping at a 100m distance from the animal at all times, and not trying to feed or touch it.