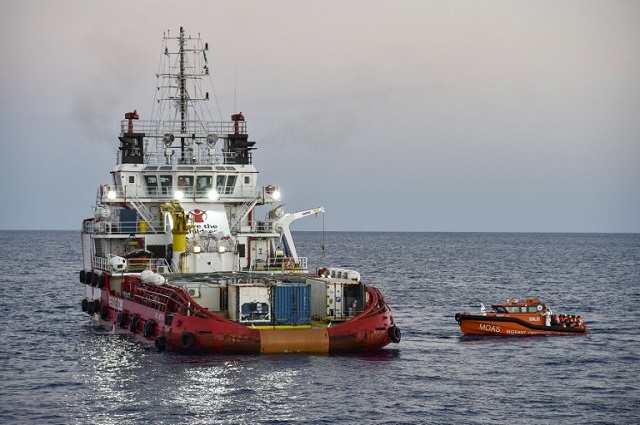 Catania prosecutor Carmelo Zuccaro said the boats were not currently suspected of illegal activity but had drawn attention for their sophisticated and expensive operations.

“There is no investigation in progress, for the simple reason that we do not have information any crimes have been committed,” the prosecutor said, refuting Italian media reports saying a probe had been opened.

But the working group set up in the Sicilian city in 2013 to look into migrant trafficking added the aid flotilla – boats run by non-profit organizations (NGOs) – to its list of parties of interest last year.

“There is an abnormal proliferation of NGOs operating. I'm not talking about the big, prestigious organizations, but all the small ones that seem to have sophisticated hardware, such as drones,” Zuccaro said.

“That's expensive, and we're just looking into who is financing them and why,” he added.

The Maltese organization Moas was the first to launch a private rescue vessel in the summer of 2014. By last summer close to ten different NGOs, financed mainly through private donations, were taking part in migrant relief operations off Libya.

Those with one or more boats in the area in 2016 included German NGOs Sea Watch, Sea Eye and Jugend Rettet, as well as the Dutch Lifeboat Project, the Spanish Proactiva Open Arms and Moas.

Most of their boats are in currently docked at port for the winter, but the Aquarius – charted by SOS Mediterranee and Doctors Without Borders (MSF) – rescued hundreds of people earlier this month, along with the Golfo Azzuro, run by Proactiva Open Arms.

In a report cited in December by the Financial Times daily, the EU's border control agency Frontex raised the possibility traffickers putting migrants out to sea could be in collusion with the private ships that recover them and bring them to Italy “like taxis”.

The allegation was slammed by MSF as “extremely serious and harmful”. It said the NGOs were “not the cause but a response” to a humanitarian crisis, and had been forced to act because Frontex was failing to prevent migrant deaths at sea.