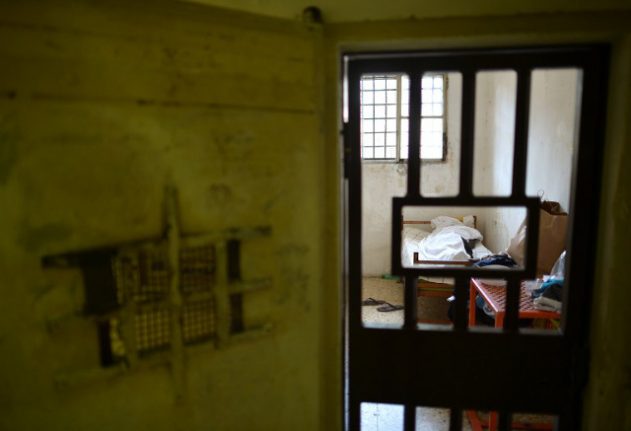 The men, who were part of a Tuscan gang known for jewellery thefts, were able to break the bars on the cell windows – possibly using saws. They then used sheets to climb down the wall at about 8pm on Monday.

At that point they were able to make a run for it, because the outer wall of the institution had collapsed some months ago, with no other barrier put in its place.

In Italy, “prison escapes are too frequent and too easy to get away with,” the prison workers' union Uilpa said on Tuesday, noting that staff at Sollicciano had notified authorities of the wall collapse last July, but nothing had been done.

“In Florence, the labour union has been denouncing the precariousness of this structure and the lack of necessary maintenance for a long time,” said Angelo Urso, Uilpa's general secretary. “It would also be easy now to say 'we told you so!' but we're not interested in that; rather, we want to point the finger at those who continue to deplete prison staff.”

Urso said that the past three years had seen reductions in staff numbers and a threefold rise in crimes, vandalism and breaches of discipline.

Another trade union for prison workers, Sappe, shared photos of the escapees, who have been named as Bordeianu Costel, Ciocan Danut Costeu e Donciu Costantin Catalin.

Their escape comes several moths after a similar breakout from Rome's Rebibbia prison, which saw three prisoners, including a convicted murderer, use knotted bedsheets to escape. In December, an investigation was opened into fourteen of the prison's staff for security breaches thought to have enabled the escape.

The employees were accused of failing to learn lessons from the February 2016 escape of another convicted killer and his fellow inmate from Rebibbia, who used the same technique.

And in 2014, a prisoner in Sicily broke the bars of his cell at Pagliarelli prison and climbed down the wall on a rope of knotted sheets. The same man had also managed to escape from a prison in Parma a year earlier.

Road blocks are in place to try to track down the Florence escapees, and police are also using sniffer dogs in the manhunt.