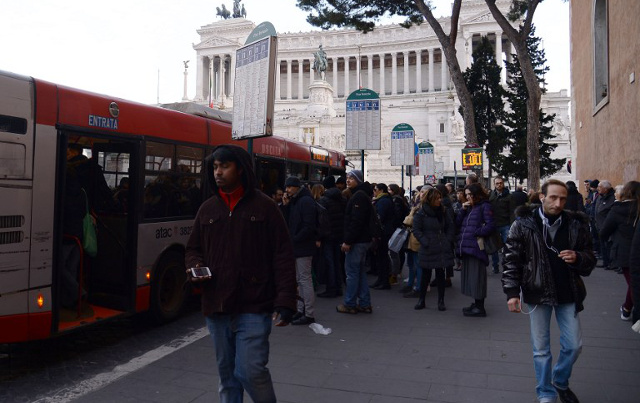 Between 8:30am and 12:30, “bus, tram, underground and railway routes (Rome-Lido, Termini-Centocelle and Rome-Civita Castellana-Viterbo) will not be guaranteed,” said a statement from Atac, the company responsible for the capital's public transport.

On the underground, line A will be completely closed for the morning and line B is still running but with reduced routes. Line C is running as normal.

The latest information on which lines are running and disruptions can be found on Atac's website.

Atac added that even in those stations which remained open, there may be disturbances to services including ticket machines, escalators and lifts.

And another 24-hour public transport strike is planned in the capital for Friday, February 24th.

The disruptions come after a six-day taxi strike came to an end on Tuesday evening after protesting drivers were able to reach an agreement with the government.

The drivers had been on strike, only taking emergency fares in Italy's major cities, over legislation seen as benefiting Uber and private car-hire companies.