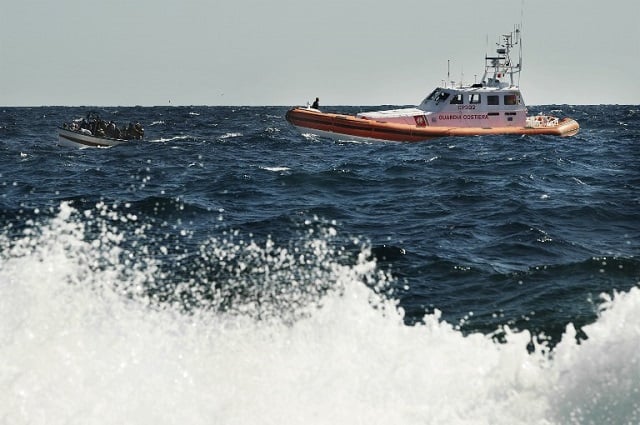 The migrants were mainly from sub-Saharan Africa, said the coast guard, which is coordinating rescue operations in the central Mediterranean.

SOS Mediterranee, which operates in the region, said its ship Aquarius had recovered 394 people, including a group of 75 Bangladeshis.

Six years after the fall of Moamer Kadhafi, Libya is still in chaos and the country has become a major launching pad for migrants seeking to enter Europe.

In the absence of an army or a regular police force in Libya, several militias act as coast guards but are often accused themselves of complicity or even involvement in the people-smuggling business.

The number of attempted crossings to Italy has surged this year, with most departures taking place from the west of Libya, from where Italy is just 300 kilometres (190 miles) away.

Europeans are considering measures aimed at blocking the arrival of thousands of migrants, alarming NGOs which fear that those stranded in Libya may suffer mistreatment. Members of the Libyan Red Crescent gather to treat the drowned bodies of illegal immigrants which washed ashore after their ship sank. Photo: Mahmud Turkia/AFP