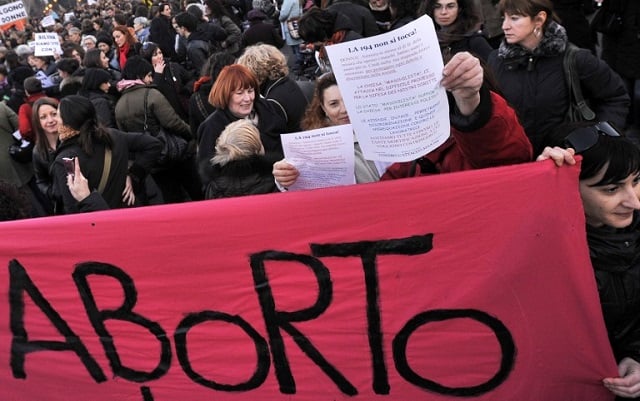 On Thursday, the president of Rome's order of physicians, Giuseppe Lavra, asked Lazio's regional governor to repeal the “unjust and discriminatory” call for two pro-abortion gynecologists.

The governor, Nicola Zingaretti, had planned for the two doctors to be hired at Rome's San Camillo hospital – one of the largest in the capital – where they would be tasked specifically with carrying out abortions.

Zingaretti wrote in his blog that he had proposed the measure in order to ensure the hospital had enough doctors to guarantee the procedure, since in Italy doctors may refuse to carry out abortions on moral grounds.

“The real risk is … that the right to abortion is denied to women on a daily basis,” said Zingaretti, adding that “innovative” measures were needed to ensure that Law 194, which regulates abortion in Italy, is actually upheld.

He cited official figures which put the proportion of conscienious objectors at 78 percent in Lazio, slightly above the national average of 70 percent.

But the move was met with criticism, particularly from Italy's Bishop's Conference, the CEI, which said conscientious objection was a “right that must be preserved”.

The proposed hiring was welcomed by the president of Laiga, an organization of pro-choice Italian gynecologists who told Ansa that fewer than 59 percent of hospitals in Italy provide comprehensive abortion services as required by law, and that this number is continually decreasing.

“There are more than just a few hospitals where abortions are only offered by one doctor,” she said. “This means that all it takes is for the non-objecting doctor to be on holiday or sick leave or to retire, and the option disappears.”

The Health Ministry confirmed that the right to objection was respected in Italy and that the law “did not plan” for the hiring of specific abortion doctors. However, it is legal to hire doctors to specialise in one specific procedure.

Abortion has been legal in Italy since 1978, but many women are forced to have their pregnancies terminated in secret because of the growing number of doctors who refuse to perform the operation for religious reasons.

READ ALSO: The pope says abortion is part of a 'throwaway culture'

But an estimated 70 percent of doctors and nurses across Italy are conscientious objectors, a figure which rises as high as 90 percent in some provinces.

And women who have illegal abortions face fines of between €5,000 and €10,000, which were introduced last year.

“These fines are damaging to women,” Dr. Silvanna Agatone, president of the Free Italian Association of Gynaecologists, Laiga, told The Local at the time.