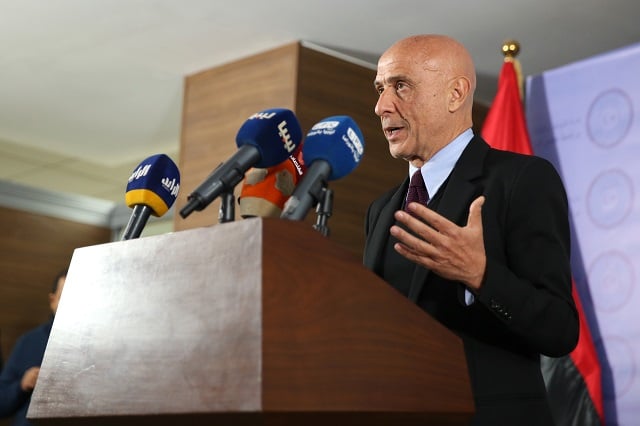 The minister, Marco Minniti, publicly hailed Luca Scata, 29, and Christian Movio, 34, as heroes after their December 23rd shoot-out with Anis Amri ended with the Tunisian Islamist militant lying dead on a pavement near the Sesto San Giovanni railway station in Milan.

Amri's death came four days after he hijacked a truck in the German capital Berlin, killed its Polish driver and ploughed the vehicle into a Christmas market, killing another 11 people in an attack claimed by Islamic State.

READ ALSO: What was the Berlin market attacker doing in Milan?

The national feelgood factor surrounding their actions began to evaporate with the emergence of social media posts which point to the officers being admirers of World War II era fascist dictator Benito Mussolini.

Scata, the rookie whose shots killed Amri, published pictures of Mussolini on his Instagram account along with a selfie showing him making a fascist salute whilst wearing a Union Flag hoodie.

Movio also published questionable posts on Facebook, including an image of a Coca-Cola bottle with an image of Adolf Hitler on it.

The media images have made it impossible for Germany, given its Nazi past, to contemplate giving the officers any kind of official recognition for their bravery on December 23rd.

Talk of Italy giving them medals has also been dropped and it was revealed earlier last month that the two officers had been transferred from Milan to a new unknown location.

Against that backdrop, Minniti took umbrage at being asked if there was any place for officers with fascist sympathies in a police force of a democratic country.

“When the officers intercepted Amri and asked to check his identity, the first thing that he did was to open fire,” the minister said. “He hit one of them. The other one managed to get out of the way and neutralized the terrorist.

He added: “Just imagine for a moment what might have happened had it gone the other way.

“It was a 50-50 situation. That night, the police neutralized a terrorist, but it could have been the terrorist who neutralized the police. You understand what I am saying.

“If Amri had been able to get away from San Giovanni what would we be discussing in Europe now?”