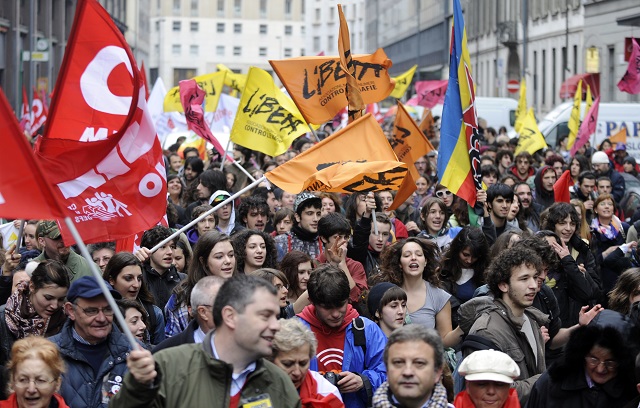 The day will be known as 'National Day of Remembrance and Commitment to Remembering the Victims of the Mafia', and it will take place on March 21st every year – the first day of spring in Italy.

Italy's Associazione Libera, a national anti-mafia organization, has been using this day to commemorate victims of mafia crimes since 1996, but this is the first time it will be officially recognized on a national level.

Libera's president, Daniela Marcone, described the move as “an important recognition” of the continuing fight against mafia extortion and violence.

“We have gone through the pain of loss, knowing that those gunshots, those explosions, killed our loved ones and also a part of us,” she said, adding that from this pain “we have gained the strength to react, to turn it into engagement.”

“From today, this path can become even stronger thanks to the institutional recognition, which can and must ensure our country wakes up on the first day of spring each year with an increasingly strong hope that the mafia can be defeated,” added Marcone.

The measure was voted through by Italy's Chamber of Deputies on Wednesday afternoon, with 418 votes in favour and none against.

“The passing of this law is testament to the will of Italian institutions to keep the example of those who died under mafia violence a part of our heritage,” said Rosy Bindi, president of Italy's Anti-mafia Commission, in a statement.

The day is not a national holiday, so will not result in any closures of public institutions or schools.

However, schools are expected to mark the day with initiatives and projects aimed at building awareness of the mafia in Italy. March 21st will also see public ceremonies, demonstrations and talks across the country.

There are various mafia groups in Italy, the largest and most infamous being the Cosa Nostra in Sicily, the 'Ndrangheta in Calabria and the Camorra in Naples.

The groups are behind crimes ranging from murder to blackmail to drug dealing, and are thought to have rigged local elections in some southern areas, with considerable influence in the business and political spheres.

Mafia proceeds are thought to account for between 18 and 34 billion euros – or around 1.7 percent of the national GDP – Italy's justice minister said in 2014.

You can find all of our news articles about the mafia here, or start by reading the features below.

READ ALSO: The Italian village where the mafia 'stole' the right to vote