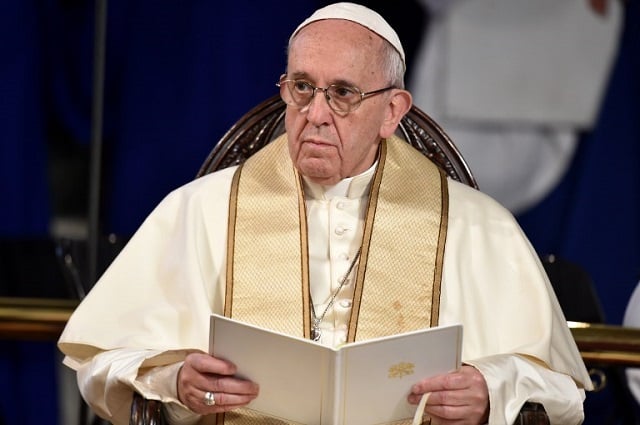 The row follows the resignation last week of Marie Collins, an Irish survivor of clerical sex abuse, who stepped down from Francis's child protection panel slamming a “shameful” high-level obstruction of change in apparent defiance of the pope's wishes.

Cardinal Gerhard Mueller, head of the Congregation for the Doctrine of the Faith (CDF), replied on Sunday to Collins's claim that his department had ignored Francis's decision in 2015 to create a new tribunal to judge bishops who cover up sexual abuse cases.

In an interview with Italy's Corriere della Sera daily, he said the tribunal was merely a “project” which Vatican departments felt would needlessly duplicate initiatives already in place to deal with wayward bishops.

An international group called We Are Church issued a statement urging Francis to replace Mueller “with someone who will introduce transparency, justice and compassion” in the CDF.

It accused the department of refusing to set up the tribunal in question and refusing to “change the processes it uses for investigating priests”.

“The CDF has come to symbolize those aspects of our church that serve to protect and preserve institutional power,” said Sigrid Grabmeier, the reform group's chair.

“For the good of our church, substantive change – a conversion, really – is needed in this important office. And quickly,” he added.

Since his election in 2013, Francis has repeatedly promised to root out abusers, once describing their actions as comparable to participating in a Satanic mass.

He has also attempted to end a cover-up culture. But critics say his good intentions are proving little more than that.

In his most recent comment on the issue, in a December letter to bishops, Francis called for a renewed commitment to “zero tolerance,” implicitly acknowledging much remains to be done.