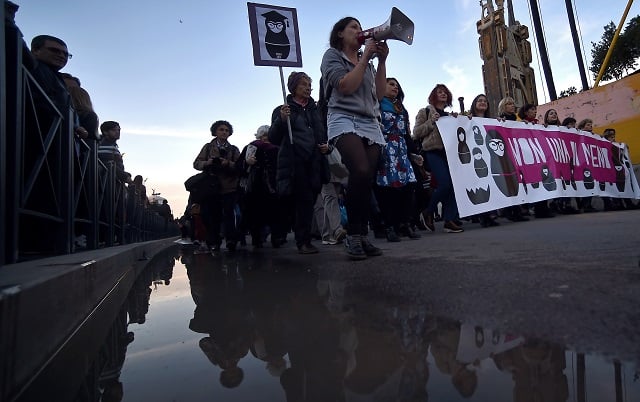 The 'Day Without Women' is expected to affect public transport, flights, schools, and other industries after almost all of Italy's trade unions have announced their participation.

Both public and private sector workers will be striking, and organizers have also encouraged women to go on strike from domestic tasks and “every productive activity”, to highlight the contribution women make to society.

“If our lives aren't valued, we strike,” organizers said.

“Women – and not just women – will take to the streets to show that male violence against women is a structural issue in society,” they explained.

Strikes are taking place in a total of 40 countries across the world, and the Italian event is organized by women's rights organizations 'Non una di meno'.

A publicity video for the strike in Italy.

While the phenomenon of femicide – murders of women by a male perpetrator – is the major theme highlighted by protesters, they also hope to raise awareness of a range of issues affecting women in Italy and globally.

READ ALSO: What can Italy do to tackle gendered violence?

In total, organizers have listed eight key points, ranging from combating domestic violence to ensuring women have autonomy over their bodies.

The manifesto also focuses on intersectional issues, such as the inclusion of trans activists and women of colour in the feminist movement, and campaigning for freedom of movement and right to asylum.

However, Non una di meno said it had been told some workplaces were “giving false information” to workers about their right to strike.

“In some cases this amounts to blackmail or threats of retaliation,” the organization noted, calling on unions to make sure workers were aware of their rights and reminding workers that everyone was entitled to strike, regardless of their profession and whether they were a union member.

In addition to the strike, a variety of protest rallies and marches will take place to mark International Women's Day across the country, with official events displayed on the map below. And those who can't participate are encouraged to join in the protest on social media, using the hashtag '#LottoMarzo'.

So what does the strike mean in practical terms?

Trenitalia, Italy's main railway companies said there could be cancellations and delays on all its lines, except high-speed routes which are guaranteed.

Other train lines could be affected too. Treno Italo has published a list of all its guaranteed lines, while Trenord in Lombardy also warned of possible disruption.

Bus and rail transfers to airports could also be affected, and many airline staff will also be on strike, though flights between 7am and 10am and 6pm and 9pm are guaranteed at most airports.

In terms of local transport, commuters in both Rome and Milan are likely to face delays due to the strike. In Milan, the local transport authority said it expects cancellations from 8:45am-3pm and from 6pm until the end of the day.

Rome's transport authority, Atac, guaranteed journeys between the start of the day and 8:30am and from 5pm-8pm, however routes outside those time periods, including night buses, are not guaranteed.

If you're planning to travel, you should confirm beforehand whether your journey will be affected and allow extra time. Institutions including schools and university departments will also be disrupted.