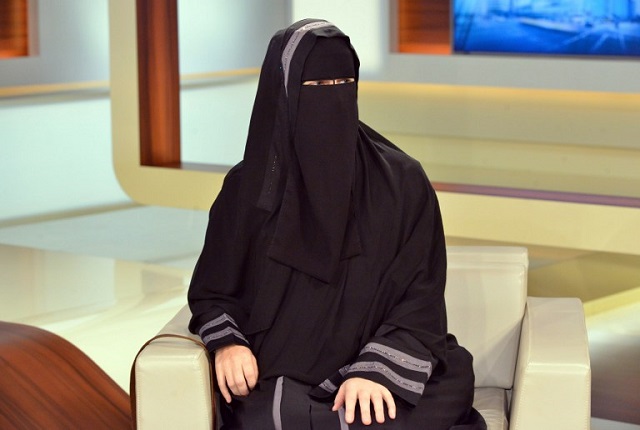 Regional president Giovanni Toti, of the Forza Italia party, described the burqa as “the worst symbol of the oppression of women”. He defended the ban against accusations that it is discriminatory and possibly anti-constitutional.

“Those who live in Italy need to grasp and respect at least the minimum rules of equality between men and women,” said Toti, who proposed the measure together with Liguria's health councillor, Sonia Viale of the far-right Northern League party.

The party's national leader, Matteo Salvini, was quick to praise the region for a “concrete initiative” to protect women's freedom in the midst of what he called a “flood of useless chatter that accompanies Women's Day”.

Face coverings have been banned in public institutions in the neighbouring region of Lombardy since January 2016.

However, in order to abide by the Italian Constitution, which guarantees freedom of religion, neither region makes specific reference to Islamic veils in the text of their law. The signs show a niqab (a veil covering the face and hair but not the eyes), a balaclava, and a motorcycle helmet as examples of banned headwear, while the accompanying text reads: “For security reasons, it is not allowed to enter with a face covering.”

The measure will be voted on officially on Friday, but politicians from rival parties have fiercely criticized the ban.

“There are five million foreigners in Italy, almost ten percent of the population. Many are Muslims,” she noted.

“A serious regional council would open a dialogue with these communities. And if a woman turns up to the emergency room wearing a burqa, what is the doctor meant to do – tell her to go elsewhere?”

“The idea that in 2017, a woman could be forbidden access to essential healthcare solely based on the clothes she is wearing, is horrifying,” said Salvatore in a Facebook post.

In the past, both Liguria and Lombardy have attempted to pass planning regulations dubbed 'anti-mosque' laws, which restricted the construction of new places of worship, however these were thrown out for being anti-constitutional.

The Italian government announced last January that a special council, made up of academics and experts in Islamic culture and religion, would be created to better integrate the Muslim community.

READ ALSO: How Italy plans to create an 'Italian Islam' A group of Muslims pray in Turin. Photo: Marco Bertorello/AFP

HEALTH
EXPLAINED: How to make a doctor’s appointment in Italy
Url copied to clipboard!