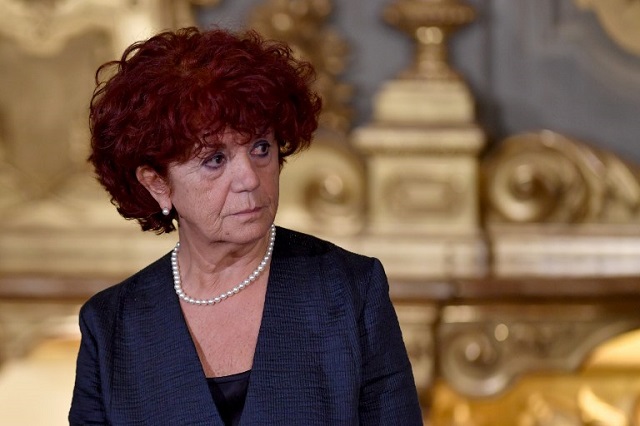 Education Minister Valeria Fedeli, who was at the conference. Photo: Andreas Solaro/AFP

Other protesters let off flares, according to Italian media reports, and tried to force entry to a conference taking place at the university's Arts Faculty.

The students were protesting a conference on education reform, attended by Education Minister Valeria Fedeli, her predecessor Maria Stella Gelmini, and several other MPs.

Demonstrators carried banners protesting the increase in university fees and drop in students who complete their courses over the past five years. One had the slogan: “You've created a desert and called it a university” and others accused politicians of “destroying” Italy's universities.

Five students were able to interrupt the conference, with one woman criticizing Fedeli for organizing the event without informing students, and criticizing the government's education policy.

Fedeli responded by saying she was “always open to discussion”, but that the students should make an appointment at the ministry rather than making their point through violence or rioting.

“You come to university to study, not to attack,” she told the group, according to La Repubblica daily.

When officers from Digos, Italy's security police, prevented the students from entering the building through another entrance, some responded by letting off smoke bombs and chanting.

Police said they had identified around 40 of the people involved in the riots and would report them to judicial authorities. Four officers were lightly injured in the protests, but no serious violence or injuries were reported.