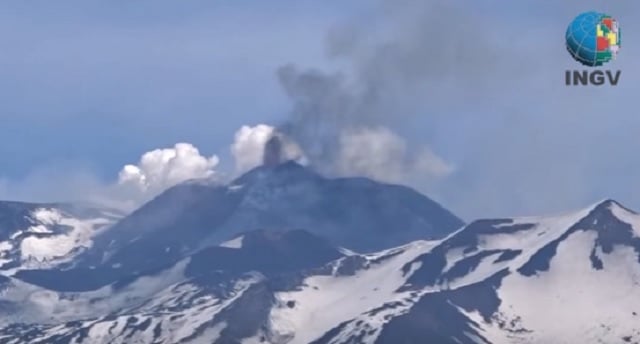 The people, who reportedly included BBC crew members, tourists, and one 78-year-old woman, were hit by lava and rocks.

They suffered from head injuries, burns, cuts and bruises, but the injuries are not thought to be serious. Six are recovering in the nearby Catania and Acireale hospitals, according to Il Corriere.

BBC science correspondent Rebecca Morelle, who was caught up in the eruption, said on Twitter “everyone [has been] taken off the mountain – rescue team and guides here were brilliant.”

According to Morelle, a “huge explosion” was caused by a lava flow mixing with steam, which pelted the group with boiling rocks. Volcanic explosions can occur when lava heats underground or surface water, turning it to steam.

She said that the injuries included head injuries, burns, cuts and bruises, and that a volcanologist had described the incident as the most dangerous in his 30-year career. “Explosions like this have killed,” she added.

Caught up in incident at Mount Etna – bbc crew & tourists caught up in huge explosion – caused injuries and evacuation from scene. (1)

The volcano, which is Europe's highest and most active, began erupting early on Wednesday, though by Thursday morning volcanologists had said the eruptive phase was “diminishing”.