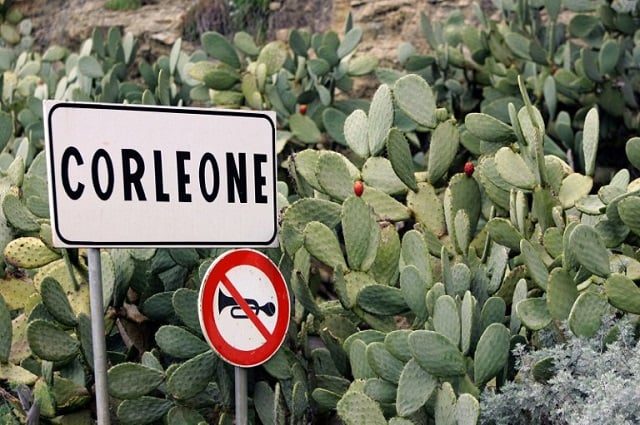 Corleone, the town made famous by film 'The Godfather'. Photo: AFP

Michele Pennisi, bishop of Monreale, near Palermo, said Friday he had issued a decree to that effect in a bid to challenge any notion that the bosses of organiZed crime have a paternalistic side to them.

“The mafia has always taken the term Godfather from the Church to give its bosses an air of religious respectability, whereas in fact the two worlds are completely incompatible,” the bishop told AFP.

Pennisi's diocese includes Corleone, a vendetta-haunted village inland from Palermo which was the birthplace of Don Corleone, the fictional Godfather in Mario Puzo's novel and Francis Coppola's films.

In February the bishop made headlines by criticizing a priest who had allowed the son of one of Sicily's most notorious mobsters, Toto Riina, to act as godfather at a baptism.

READ MORE: Church fumes after son of mafia godfather is made child's godfather

That episode led to this week's decree, which he admitted would be tricky to enforce given the culture of 'omerta' – the law of silence – that has hampered Italy's efforts to bring organized crime under control.

If someone has not been convicted we cannot judge people on rumours, without proof,” he said, stressing that his decree did not close the door to mafia figures seeking to repent.

“If one of them admits to having done wrong, asks to be pardoned for the bad they have done, in that case we can discuss a path of conversion.”

In a previous post, in 2008, Pennisi received death threats from the mob after he banned religious funerals for known gangsters.