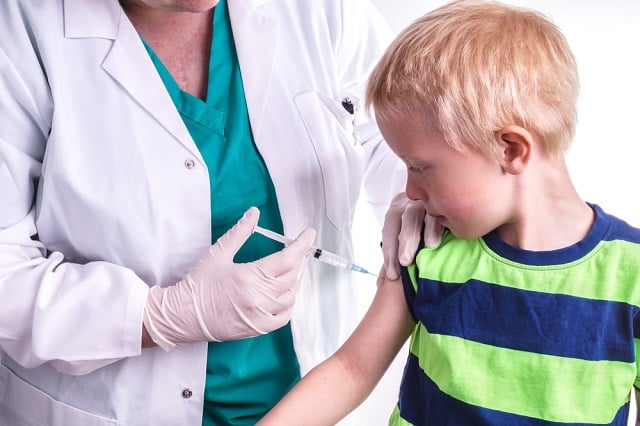 Over half have been among 15-39 year-olds and the outbreak has been concentrated in some of the country's wealthiest urban centres: Rome, Turin, Milan and Florence.

The ministry said the surge showed a worrying number of younger Italians were not fully vaccinated against the disease.

“This is largely due to the growing number of parents who refuse vaccinations despite the established scientific evidence (of their effectiveness),” it said.

According to ministry data, only 85.3 percent of Italian two-year-olds had been vaccinated in 2015, well short of the 95 percent threshold recommended by the World Health Organization (WHO) to contain outbreaks.

“We need to rapidly boost the level of vaccination cover, which has fallen dangerously over recent years,” said health minister Beatrice Lorenzin.

In order to raise awareness of the importance of vaccinations, and to protect children's health, some regions have banned non-vaccinated children from public daycare centres.

The northern region of Emilia-Romagna became the first to introduce such a law last November, after the take-up rate slipped below 95 percent, which is considered by the World Heath Organization to be the 'safe level' to ensure good health in the population.

At the time, the National Institute of Health said last year that “forgotten” diseases could re-emerge across Italy if vaccination rates continued to fall.

Although it usually only triggers relatively mild symptoms, measles can cause fatal complications. In Italy's last major epidemic there were 18,000 registered cases and 15 deaths.

That was partly because a local court in Rimini awarded damages to the family of a young boy with autism in 2012 on the grounds that his condition had most likely been caused by the MMR vaccination. The ruling was overturned on appeal three years later.

The notion of an MMR-autism link was first suggested by a British researcher, Andrew Wakefield, in a 1998 paper for medical journal the Lancet that was subsequently found to have been falsified.

The paper was withdrawn in 2010 and Wakefield was barred from practising medicine. Numerous major studies since have found no evidence of a link.Last winter, the health ministry warned of a similar decline in take-up of the flu jab, which is offered for free to those aged over 65 or suffering from chronic illnesses including diabetes and heart disease.

As with the measles vaccination, the steady decline was linked to “false alarms” over the safety of the injection.