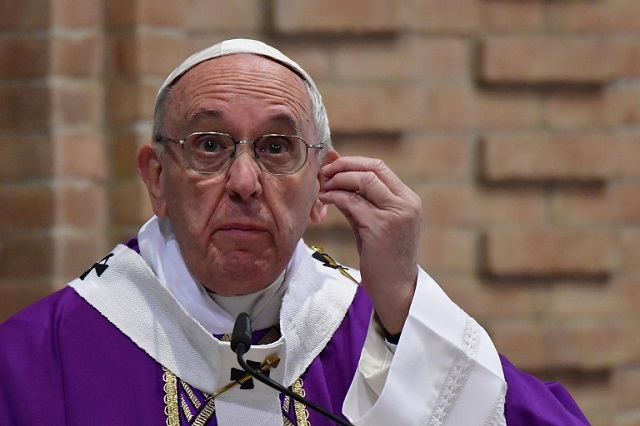 A good confessor has to be very discerning, particularly when he has to deal with “real spiritual disorders,” the 80-year-old pontiff told priests at a Vatican training seminar on the art of hearing believers recount their sins.

Disorders could have their roots in all manner of circumstances, including supernatural ones, he suggested.

In such circumstances the confessor “must not hesitate to refer to exorcists… chosen with great care and prudence.”

It is not the first time the pope has talked about exorcising demons from a believer's person, and he generally refers more frequently than his predecessors to the devil, characterizing him as a physical presence in this world.

Francis has described jihadists who stabbed a French priest to death as satanic and the acts of priests who sexually abuse children as akin to participating in a satanic mass.

Vatican universities also regularly hold training courses for would-be exorcists despite the practice being frowned upon by some Church intellectuals.

Francis also presided on Friday over a celebration of penitence in St Peter's cathedral, during which he confessed himself before hearing confessions of several of the faithful.