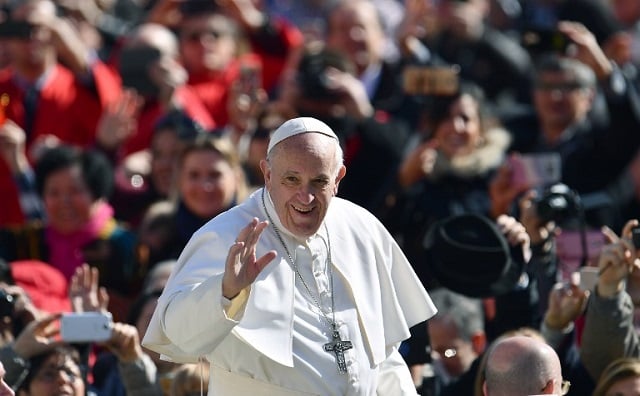 Instead, the Internet generation needs to write their own histories, become masters of their destiny and establish real connections with their past, the 80-year-old pontiff says in a video message for World Youth Day, on April 9th.

“Many people say that young people are distracted and superficial. They are wrong!” Francis says.

“Still, we should acknowledge our need to reflect on our lives and direct them towards the future.

“In the social media, we see faces of young people appearing in any number of pictures recounting more or less real events, but we don't know how much of all this is really 'history', an experience that can be communicated and endowed with purpose and meaning,” he said.

“Television is full of 'reality shows' which are not real stories, but only moments passed before a television camera by characters living from day to day, without a greater plan.

“Don't let yourselves be led astray by this false image of reality! Be the protagonists of your history; decide your own future.”

The tone of Francis's comments partly reiterated a speech at last year's World Youth Day in which he told teens not to let themselves become “couch potatoes”.

But this time he implicitly addressed many aspects of social media culture that have caused concern to psychologists, from the photo-shopping of images to selective editing of events recorded online to project images of happiness and success that may not correspond to reality.

“To have a past is not the same as to have a history,” Francis said. “In our life we can have plenty of memories, but how many of them are really a part of our memory?

“How many are significant for our hearts and help to give meaning to our lives?”

In practical terms, Francis said young people could help to make more sense of their lives and their own past through time spent with grandparents, by keeping a daily journal and by spending a few minutes each evening contemplating the day's events.

In this, he suggested, they should draw inspiration from the example of Mary, mother of Jesus.

“The young mother of Jesus knew the prayers of her people by heart. Surely her parents and her grandparents had taught them to her. How important it is for the faith to be passed down from one generation to another.”