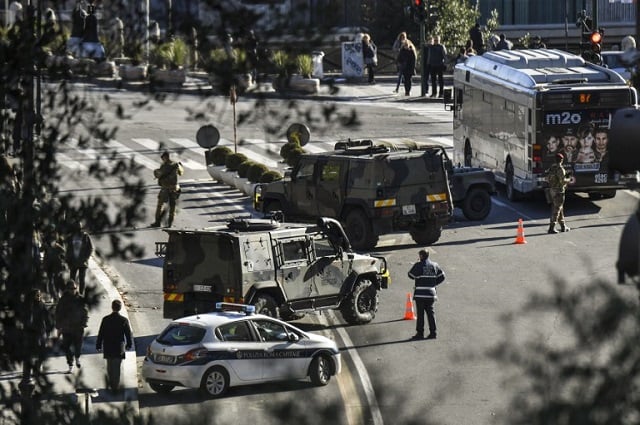 File photo of a security checkpoint at Rome's Colosseum, which will be closed on Saturday. Photo: AFP

“We don't have the possibility of lowering our guard,” said Foreign Minister Angelino Alfano, speaking to news agency Ansa after a US anti-Isis summit.

“Italy will further strengthen checks in areas with large influxes of people,” said Minniti, following the meeting of police chiefs and the intelligence service. “All the police and intelligence officers will be engaged non-stop in the anti-terrorism front, in order to identify every source of possible risk.”

Alfano and Minniti joined other Italian politicians, including Prime Minister Paolo Gentiloni and President Sergio Mattarella, in expressing solidarity with Britain and sending condolences to the families of the victims and injured.

London, terrorism returns to strike in Europe. We are close to the British population. Only united can we tackle this terrible threat.

UK police have said four people including the attacker were killed on Wednesday. The victims included two members of the public, who were killed when the attacker drove a car intro pedestrians on Westminster Bridge, and a police officer, Keith Palmer, who was stabbed as he guarded the Palace of Westminster.

Two Italians were among the approximately 40 people injured, but their injuries were not severe, according to national media.

Security is on particularly high alert in the capital, ahead of Saturday's meeting to celebrate 60 years since the signing of the Treaty of Rome. International heads of state will be present, and anti-EU protests have also been planned.

Major tourist sites including the Colosseum and Roman Forum will be closed for the day, and around 100 additional CCTV cameras have been installed ahead of the event.

Around 3,000 security officers will be on hand as diplomatic delegations from across the continent meet in Rome.

Restrictions will also be in place on traffic and pedestrians in the areas around the City Hall and Quirinale presidential palace, which have been designated as a 'blue zone' and 'green zone' respectively.