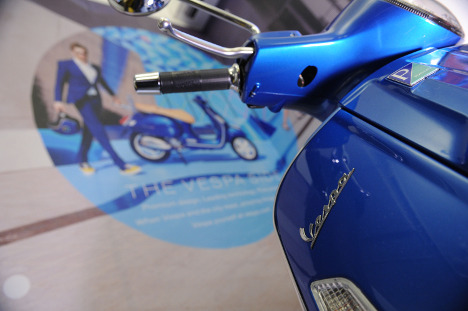 The move by Trump is in response to protests by US beef exporters, who have lamented that the EU market has not been sufficiently opened up to them under a 2009 trade agreement, according to a report in the Wall Street Journal.

Another Italian brand on the hit-list is San Pellegrino mineral water, which was bought by Nestlé in 1997, while France’s Roquefort cheese might also affected by the tariff, the newspaper said.

Between 15-20,000 Vespa scooters are produced for the American market each year from a factory in Pontedera, a town in the province of Pisa.

“If this rumour is true, it will be a disaster for Pontedera,” Graziano Barsotti, a representative of the Uilm union within Piaggio was quoted by the Huffington Post Italia as saying.

“A significant reduction in the American market would have serious repercussions on staff levels.”