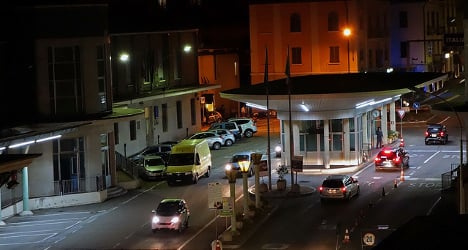 A Swiss-Italian border point. File photo: David Abercrombie
Ambassador Giancarlo Kessler said the closure of the border posts in the southern canton of Ticino was an experimental measure to test whether it improved cooperation between the neighbouring countries' police forces, according to a statement from the Italian foreign ministry.
The shutdowns would be re-evaluated soon, Kessler added.
Italy and Switzerland are both members of Europe's Schengen passport-free zone.
Since Saturday, the Novazzano-Marcetto, Pedrinate and Ponte Cremenaga crossings have been shut from 11pm until 5am.
Switzerland's Tribune de Geneve newspaper reported that the closures were designed to cut cross-border crime, particularly burglaries, and that the measure would be in force for six months.
Local mayors on the Italian side of the border — many of whose residents work in Switzerland — have been angered by the decision, while Ticino security officials acknowledged that break-ins dropped last year.
Italy meanwhile on Tuesday reiterated its demand that Switzerland cease “as quickly as possible” its criminal record checks on Italian cross-border workers, with the foreign ministry saying: “As the Swiss have recognized, this represents a violation of the (Schengen) agreement on free circulation.”
Kessler said Switzerland was looking to put in place measures that were more compatible with European rules, according to the ministry.
READ MORE: Italy angered by Swiss stance on Italian workers