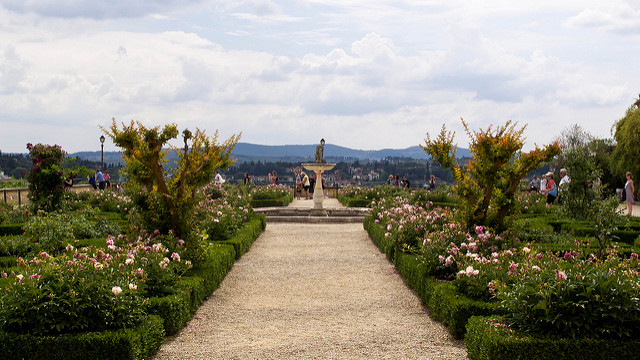 The Tuscan capital's Uffizi art gallery will organize the restoration project, the latest in a line of several private-funded revamps of cultural landmarks.

It is not yet clear exactly what the makeover will involve, but Uffizi Director Eike Schmidt said the project would ” make the garden's greenery thrive again and restore it to its status as the Italian Versailles.”

“In our country, taste, elegance, and beauty are part of our daily life,” said Franceschini. “I find it very positive that Gucci and the Boboli Gardens, two integral parts of our culture and creativity, are working together.”

The Boboli Gardens house a sculpture collection which dates back to the 16th century, and they are a favourite spot among tourists and locals alike.

The project will be the latest in a string of famous Italian sites renovated with funds from private donors from the luxury fashion sector.

A multi-million-euro makeover of Rome's Colosseum has been largely funded by fashion and shoewear group Tod's. The amphitheatre was sprayed with water to remove centuries of grime, and the arched facades were strengthened.

Meanwhile, Roman fashion house Fendi paid for a 16-month clean-up of the Trevi fountain which has been acclaimed by visitors. The nearly 300-year-old monument, visited by millions of tourists every year, hit the headlines in 2012 after bits of its elaborate cornice began falling off following a particularly harsh winter.

And the €1.5 million renovation of the capital's Spanish Steps was financed by jeweller Bulgari, which has a store nearby.

READ ALSO: 17 of the most beautiful parks and gardens to see in Italy