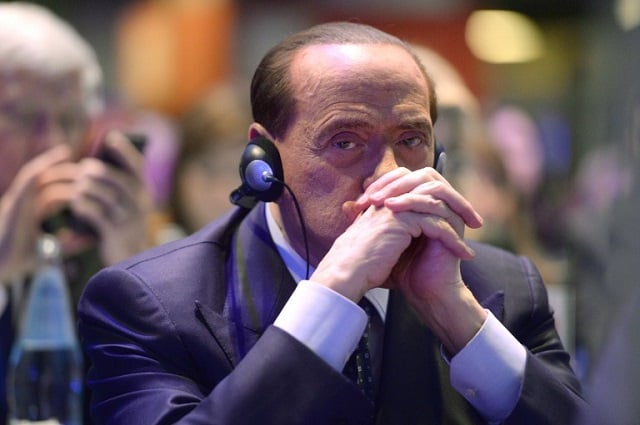 At a preliminary hearing in Milan, a judge decided that Berlusconi's case should be integrated into the parallel trial of 22 young starlets and close allies accused of taking bribes from the media magnate, which will begin on July 3rd.

The ex-premier is accused of paying more than 10 million euros ($10.7-million) between 2011 and 2015, in cash, gifts, cars and housing to guests at his Arcore residence near Milan, to testify in his favour in the so-called “Ruby” affair.

The charges stem from Berlusconi's previous trial for allegedly paying for sex with young women, the best-known being an exotic dancer nicknamed Ruby the Heart Stealer, who was under 18 at the time.

Berlusconi was initially convicted and sentenced to seven years in jail for soliciting minors for prostitution and abusing his power.

READ ALSO: Berlusconi at 80: Regrets? I have a few

But he was cleared in 2015 following an appeal. The judge said he could not have known that Ruby – real name Karima El-Mahroug – was a minor.

Prosecutors suspect the 80-year old tycoon bought the silence of those involved, but Berlusconi has said his lavish gifts were simple benevolence and his lawyers insisted they had “around 80 witnesses” ready to testify to his “altruistic” generosity.

El-Mahroug allegedly received gifts worth seven million euros. She testified that she did not have sex with Berlusconi, claiming she was lying when recorded on a wiretap telling friends the contrary.

Frustrated prosecutors emerged from that trial determined to prove that many witnesses had lied under oath after being bought off.

Billionaire businessman Berlusconi has beaten numerous criminal charges over the years with his only conviction to date being one for corporate tax fraud, which led to him being kicked out of parliament.

Even if convicted there is little chance of Berlusconi ending up behind bars because of Italy's restrictions on penal sanctions against the elderly.

Berlusconi remains the leader of his Forza Italia party but, with its fortunes on the decline, his political influence has waned.