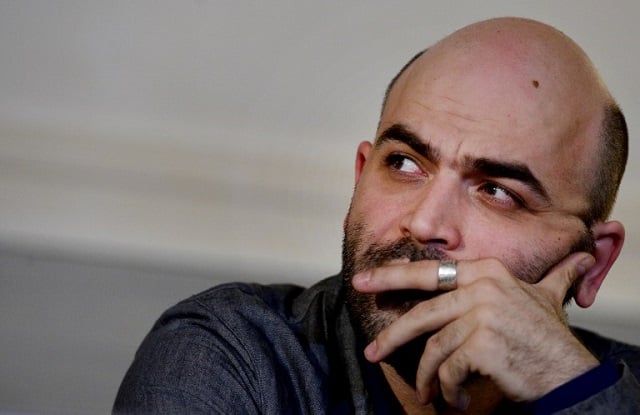 “The UK is already the most, without doubt, the most corrupt country in the world, not in terms of politics or police, but in terms of money laundering’‘ Saviano told Euronews, saying that NGO Transparency International had proved this “with incontrovertible data”.

He accused the country of bringing in 'dirty' money through Gibraltar, Jersey, Malta, and sea ports, and said London had replaced Panama as the money laundering capital of the world.

British people don't consider themselves corrupt, Saviano said, because they don't think it's possible to bribe policemen and can't see “visible political corruption”, but the lack of controls in the country's financial system mean it is “absolutely corrupt”.

“Brexit was completely fueled by the desire to make England an offshore island,” he added.

Asked by journalist Isabelle Kumar if authorities and governments turned a blind eye to mafia activity because of the money generated by the illegal economy, Saviano replied “of course”.

Since publishing Gomorrah, an exposé which shone a light on the murky world of Italy's organized crime groups, the award-winning journalist has received death threats from the Neapolitan mafia, and has since lived with an armed escort at a secret location.

READ MORE: Gomorrah writer tells mafia 'You did not succeed'

Saviano also discussed the changes within the Camorra, Naples' mafia group, since he first published the group.

His latest book, La paranza dei bambini (In Italian, 'paranza' refers to a trawl-net used by fishermen) focusses on the young men involved in the criminal groups, and he says the biggest shift in the past decade has been a transfer of control from veteran mafia bosses to youngsters, sometimes still in their teens.

“These aren't 'baby gangs' but real, genuine mafiosi” explained Saviano. “They have their own rules and an unbelievable, military violence.”

He put this down to a sense of “hopelessness” seen not just in young Naples gangsters but also among the youth in Parisian, Spanish, and Brazilian suburbs, and even members of terrorist group Isis. “They share a certainty that only those who are ready to die can leave their mark and make a difference […] a 30-year-old is seen as a loser who hasn't 'made it'.”