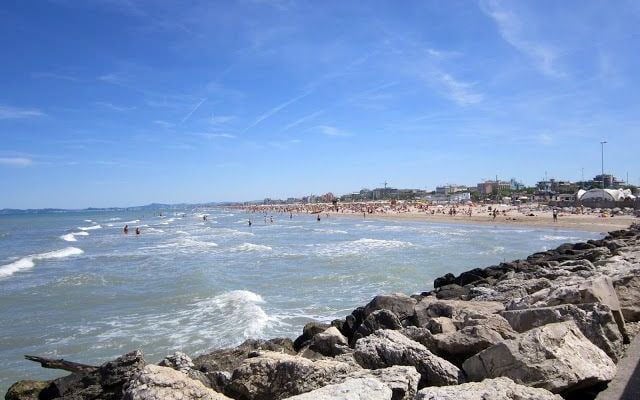 File photo of the Rimini coast, where the grisly discovery was made. Photo: Viaggio Routard/Flickr

The wasted remains of Katerina Laktionova, 27, were discovered late last month after fishermen spotted the small black suitcase in the waters off Rimini, a city on Italy's Adriatic coast where her mother worked as a caregiver.

Laktionova had joined her mother in Italy two years ago and was given a permit for humanitarian and health reasons due to her eating disorder.

An initial murder probe was dropped after an autopsy showed the young woman had died of hunger days before her body was dumped.

Laktionova's mother, 48, who flew back to Russia shortly before the body was found, made a tearful confession to Russian authorities in which she admitted she had sat in shock over her daughter's corpse for days before deciding to dispose of it.

Initially, Italian media had speculated that the woman could be 36-year-old Xing Lei Li, a woman who disappeared from a Mediterranean cruise and whose husband was arrested for her murder.

Police at first said they couldn't rule this theory out despite the long distance between the nearest cruise port and the spot where the case was found, however they later confirmed that the body was 170cm tall, much taller than Lei Li, and that the woman had died of starvation.

The Corriere della Sera daily said investigators were tipped off by a friend of the mother, who feared foul play after the suitcase was found.

He said the caregiver had called him claiming to be in Russia in the run-up to the discovery, but the calls were made from Italy.

The ex-model, who had been hospitalized for a short period in Italy in 2015, had spent her final days lying in bed in the dark, and was believed to have died at least a week before she was put in the suitcase, the daily said.