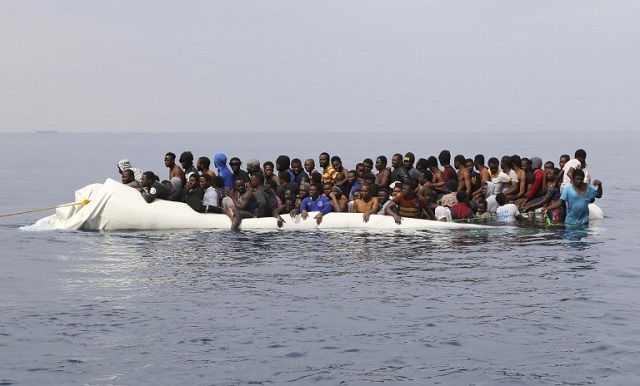 A coastguard ship as well as several commercial vessels and two boats operated by NGOs were involved in the operations in the central Mediterranean coordinated by Italy.

READ ALSO: Italy has reached an agreement with Libya to curb migration

The migrants were found mostly on small boats and rafts, though there was also one larger vessel, the coastguard said in a statement.

According to the latest figures released on Thursday, nearly 25,100 migrants have arrived in Italy so far this year, a 30 percent increase from the same period last year.

The figures showed that 663 people had died trying to cross the sea to Europe from Libya this year, compared with more than 5,000 in 2016.

READ ALSO: How a new wave of children's books is tackling the migrant crisis