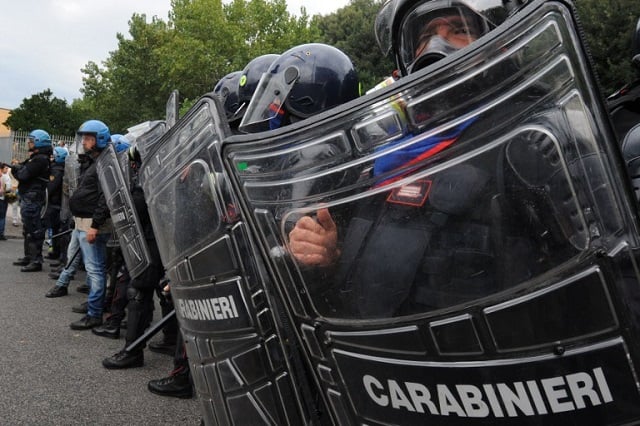 Foreign ministers from the seven countries are meeting in the Tuscan city of Lucca under high security, with the recent US air strikes on Syria one of the key issues to be discussed.

READ MORE: Syria top of the agenda as G7 ministers meet in Italy

Roughly 300 demonstrators reportedly tried to break through a police cordon at the city walls, and armed officers baton-charged in order to control the crowd. Some of the protesters responded by throwing stones and other objects, injuring the officers.

The clash broke out at around 6pm, around three hours into the largely peaceful protest.

Those involved in the clashes were taking part in a 'No G7' rally, which was organized to protest against the group's military spending. Some members carried banners labelling the ministers “assassins” and calling for an end to war.

Lucca has ramped up security for the occasion, with the historic centre cordoned off and limits on pedestrian entry, traffic, and parking.