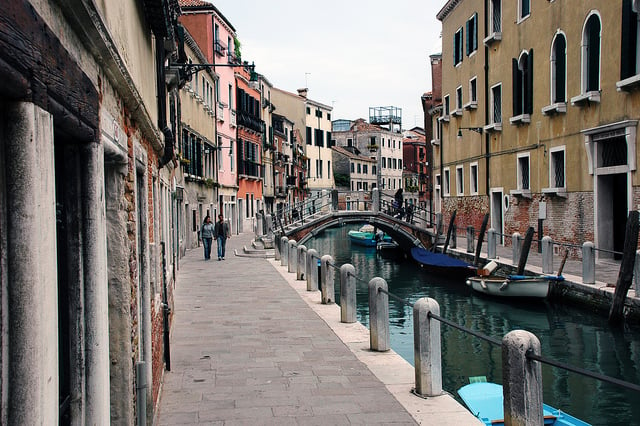 Both men, a 39-year-old and a 30-year-old, were handed jail sentences of four years, eight months and three years, four months respectively.

The sentences were reduced by a third following the expedited hearing, but the pair – who were resident in Fruili-Venezia Giulia, the northeastern region bordering Veneto – both claim their innocence and plan to appeal, according to local media reports.

Police began looking into the men's activities during an investigation into another man from Belluno, who reportedly left to join Isis in Syria in 2013, taking his toddler with him. He is thought to have died in the fighting.

The child's mother, who was estranged from her husband, claimed to have recognized her son in photos distributed on jihadist forums.

At the time, local media said police were conducting inquiries into a network of Islamists allegedly active in the Veneto region in northern Italy.

A third man, aged 29, is also thought to have been part of the group of recruiters. He is thought to be in hiding in Raqqa and will be tried in absentia in May, according to local paper Il Messaggero Veneto.

On Monday, Italian Interior Minister Marco Minniti said that “the new terrorist threat is completely unpredictable”, describing terror groups as a “blind, irrational force which moves against the fundamental principles of humanity”.

At the end of March, the country's police force announced that they had busted a ring which had planned to blow up Venice's famous Rialto Bridge. Four people, including one minor, were arrested after wiretapped conversations showed the group expressing support for Isis and planning possible attacks.