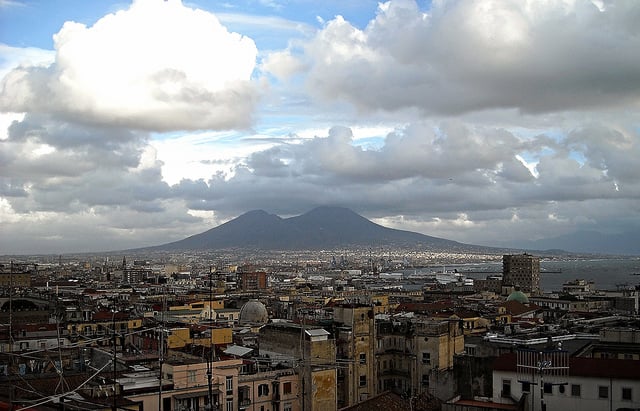 A view of Naples, with Mount Vesuvius in the background. Photo: Carlo Raso/Flickr

Naples mayor Luigi de Magistris announced the launch of the 'Difendi la Citta' (Defend the City) platform, where proud Neapolitans will be able to report those who defame the capital of the Campania region.

“For some time, but increasingly often, we have seen a distorted and at times defamatory narrative about the Citiy of Naples, making it the target of prejudices, stereotypes and damaging generalizations,” city authorities said in a note on the site.

The online platform invites residents to report people who have defamed Naples, whether the criticism took place in a newspaper, online, on TV or another platform.

But not all locals agree with the new to tactic to protect Naples's reputation.

On a Facebook page for Neapolitans, one commenter said the measure had been introduced “to mask the errors resulting from its poor administration”.

Others raised concerns that the platform could result in censorship.

“This initiative needs to be carefully evaluated,” wrote Neapolitan Giovanni Natale. “What counts as 'defaming Naples'? Who decides who and what to report?”

“Who will pay for this?” asked Federica Cerami. “How shameful. They should think about getting to work instead of wasting time on dictatorial initiatives.”

To start with, the platform will allow city authorities to combat the rumours by issuing clarifications, but the city also said it may take legal action “to protect the dignity of the territory, the image reputation of the city of Naples and the Neapolitan people.”

Any money received in damages would be used to improve public services in the southern city, the city hall said.

READ ALSO: 'How I fell in love with Naples, a city of contrasts' PARTNER CONTENT
Why setting up a business overseas is easier than you think
Url copied to clipboard!