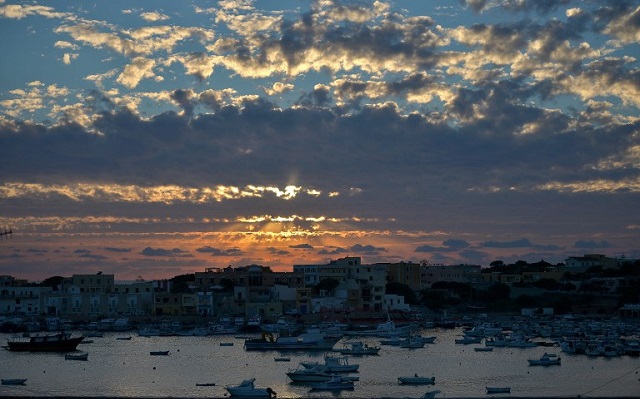 Mayor Giusi Nicolini was awarded the prize together with French NGO SOS Mediterrannee, “for their work in saving the lives of refugees and migrants and for welcoming them with dignity,” the jury said.

The Félix Houphouët-Boigny Peace Prize, named after the first president of Ivory Coast, has been awarded by Unesco each year since 1989, to recognize individuals and groups who “safeguard, maintain, and seek peace”.

The jury noted in their decision that “since being elected in 2012, Nicolini has distinguished herself by her humanity, and her constant efforts in managing the refugee crisis”.

Italian Prime Minister Paolo Gentiloni commented on the award, noting on Twitter that Nicolini has “been working for what is right in Lampedusa for years”.

Nicolini dedicated the prize to Italian journalist Gabriele del Grande, who was arrested this month in Turkey, where he was reporting on the Syrian conflict and refugee crisis.

Italy's foreign ministry on Wednesday called for Turkey to release the reporter, who is also a blogger, writer, and human rights activist, and co-directed a documentary on refugees which was presented at the Venice Film Festival in 2014.

Lampedusa has become a symbol of the migrant crisis, with over a quarter of a million people having reached its shores after perilous journeys at sea.

A major shipwreck in October 2013 – which resulted in over 350 deaths, despite the best efforts of islanders to rescue the drowning – prompted EU Commissioner Jean-Claude Juncker to say there must be “no more deaths in the Mediterranean”.

Last autumn, at the island's first official Remembrance Day for migrants, mayor Giusi Nicolini reminded attendees that since then, a further 11,000 people had lost their lives trying to reach Europe.