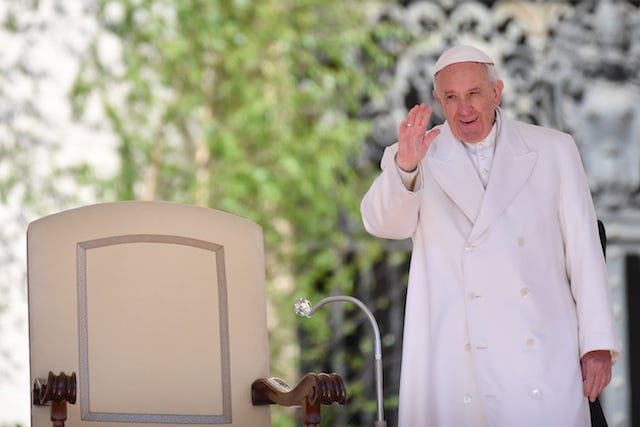 File photo: Alberto PIZZOLI/AFP
“Prime Minister Trudeau will have an audience with His Holiness Pope Francis for the first time,” the government said in a statement after Trudeau met with Italian Prime Minister Paolo Gentiloni.
Trudeau was quoted saying he looked forward to seeing the pontiff.
“He is the religious leader for millions of Canadians, and our meeting will allow us to explore how Canada and the Holy See can further collaborate on a range of international issues.”
The Vatican visit will be the final stop of a European tour that will take the Canadian leader to Brussels for a NATO summit on May 25.
“I look forward to next month's meeting where we will reaffirm Canada's unwavering commitment to NATO, and take important steps to promote international peace and security, and a safer world for all,” Trudeau said.
Canada's Senate recently lamented the North American country's low defense spending, which fall short of its NATO commitments.
Trudeau will then attend the Group of Seven summit in Sicily along with the leaders of Britain, France, Germany, Italy, Japan and the United States on May 26-27.
In Rome, Trudeau will again meet with Gentiloni.